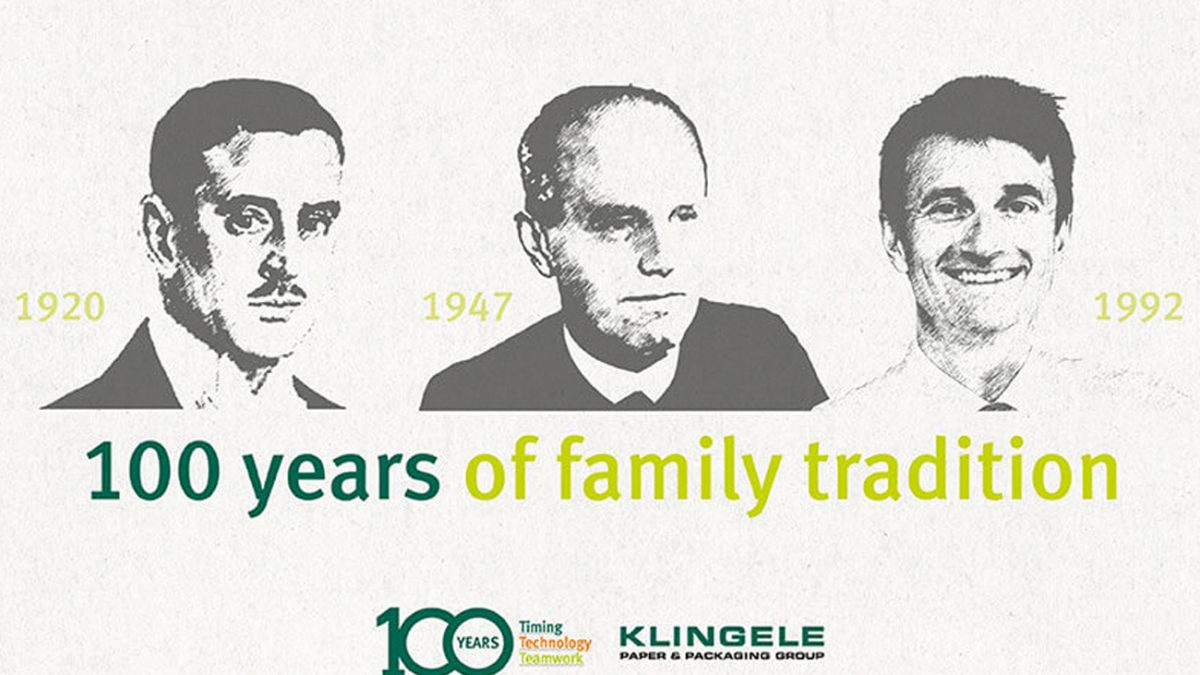 The Klingele Paper and Packaging Group, one of the leading German independent manufacturers of paper and corrugated packaging, commemorate its 100-year anniversary this year. Alfred Klingele, the grandfather of the current managing partner Dr Jan Klingele, founded the company as ‘Badische Wellpapierfabrik Klingele und Holfelder’ on 21 April 1920, together with his brother-in-law Emil Holfelder.

The Remshalden site, the present-day headquarters, was constructed in 1936 – the company’s major customer, Bosch, insisted on having a supplier from the Swabian region. Today, the Klingele Group is active on three continents with production sites in ten countries. The company’s Anniversary is to be celebrated with business partners and employees from many sites, but the planned celebrations have been postponed until the autumn due to the coronavirus crisis.

The Klingele Paper and Packaging Group owes its position in the market today above all to its courage to make pioneering business decisions and to its culture as a family-owned company, which is characterised by its high level of innovation and long-term thinking and action. As early as the middle of the last century, Klingele moved into new business areas and ventured abroad. In 1961, the company entered the paper business with the acquisition of the paper mill in Weener in East Frisia. In the same decade, Klingele initially became involved in Spain, its first affiliated companies beyond Germany’s borders. 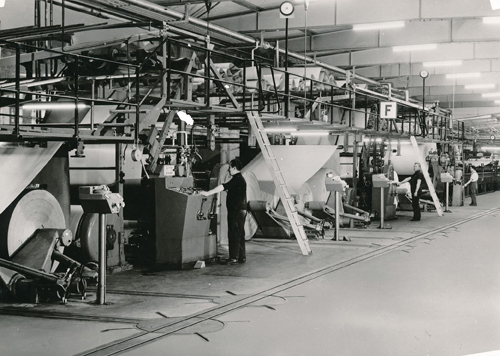 Corrugated board manufacturing in 1967

Klingele has been operating its international activities successfully since then. The Blue Box Partners (BBP) alliance was founded in 2006 in cooperation with three other European family-owned companies to supply pan-European customers from a single source. Today, BBP has a presence in 21 European countries, has over 87 sheet plants and eight paper mills and is one of the top three in the industry in Europe with nearly 9,800 employees. 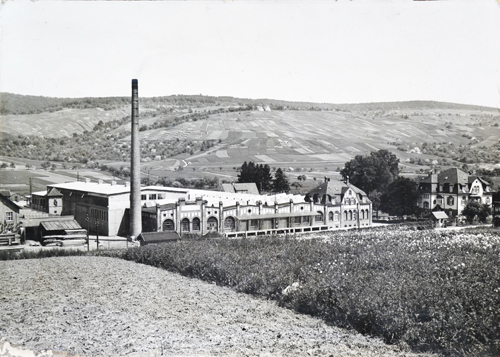 In the last decade in particular, Klingele has also expanded into new countries independently, through affiliated companies and acquisitions. In addition to Scandinavia, Spain and Great Britain, markets were also included that are less established markets but never the less full of prospects. In Mauritania, the packaging manufacturer operates two production sites which meet the growing demand for inexpensive, robust and sustainable packaging, especially for the fish, food and beverage industries. In 2017, Klingele also acquired a shareholding in two corrugated board plants and a folding carton plant in Cuba. There, reforms are aimed at modernising local businesses – an opportunity for the Klingele Paper and Packaging Group to make a lasting contribution with its know-how on a sustainable basis.

In addition to its international commitment, Klingele has greatly diversified its range of products and services, in particular over the last 25 years. The company offers a complete range of corrugated packaging solutions through its four German corrugated plants and through the specialists in Wunsiedel and Villmar – from large orders for retail, e-commerce and industry to special and design packaging in small batch sizes. The product range is complemented by consulting services in the area of packaging processes and machines, but also by logistic services, shipping material and accessories.

In order to successfully remain on track, Klingele launched an extensive innovation initiative at the turn of the century and has since invested a total of around €400m in modern machinery and in an efficient and sustainable energy supply. Today, biomass and refuse-derived fuel (RDF) as well as photovoltaics, wind energy and biogas make a significant contribution to the energy supply of the Klingele plants, supplemented by a whole range of measures to increase energy efficiency. In 2019, Klingele received the ‘World Corrugated Award’ for its environmental and resource-saving strategy as the world’s most environmentally friendly company in its industry.

The Klingele Group’s long-term success has also been greatly influenced by its culture as a family-owned company.

“We are focused on long-term relationships with customers, employees and partners – and this pays off,” explains Jan Klingele. “What our customers also particularly value about us is our consulting and service quality and our flexibility in finding the best solution for the customer. At the same time, we have very solid teams and our employees have been with the company for a very long time. This also ultimately benefits everybody involved.”

On this basis, Klingele considers itself to be well equipped for the future. “The climate change debate and the frightening images of plastic waste in the sea have been a real wake-up call for everyone – and now the world is seeking environmentally friendly solutions to protect our planet,” states Jan Klingele. “We are already making a good contribution to this with our sustainable, fully biodegradable products, which are made of renewable and largely recycled raw materials. We consider our industry to be well equipped for an ecologically better future. But this also spurs us on. In the future, we will be asked more so than now to use technologies, apply expertise and put our heart and soul into making our business models more sustainable. This will be a challenge for the next 100 years and we look forward to it. 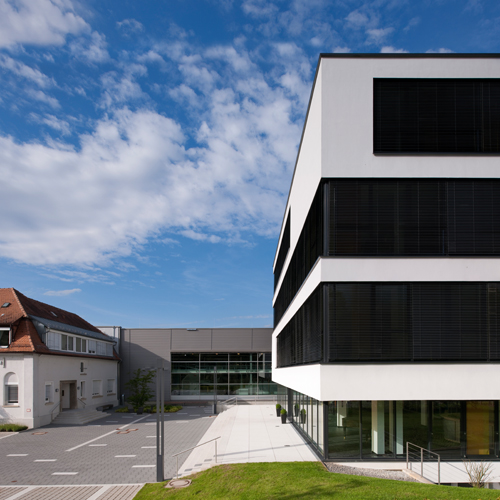