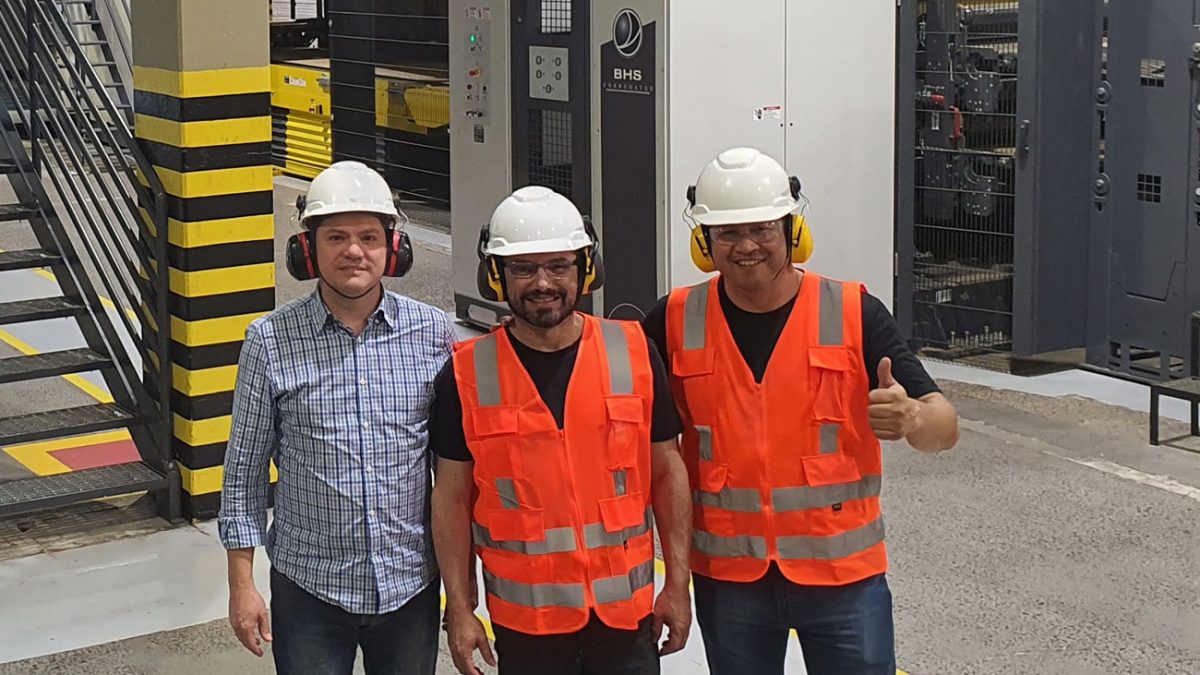 In the early 1940s, the Brazilian government began to encourage companies to start producing paper. At that time, Vinícola Riograndense, headquartered in Caxias do Sul (RS), wanted to diversify its business offering, partially due to the contraction of the fine wine sector. After exploring the towns of Paraná and Santa Catarina, the controllers of the business, Galeazzo Paganelli and José Moraes Vellinho, chose a location in the central-west region of Santa Catarina and founded the company – Irani Papel e Embalagem SA on 6th June, 1941.

A first IPO was undertaken in 1977. Then, in the first half of the 1990s, the company was sold to Grupo Habitasul in Porto Alegre (RS). In 2020, Grupo Habitasul sold part of the company on the Stock Exchange, as a secondary IPO. Irani Papel e Embalagem already has more than 40,000 shareholders and has now joined the Novo Mercado of B3 – a select group of publicly traded companies in Brazil.

For over eight decades, Irani has been manufacturing paper at the Campina da Alegria factory. Then, about 20 years ago, the company started to produce corrugated board, buying a second-hand corrugator from Germany. Today, the company is the third largest producer of paper and the sixth largest producer of corrugated board in Brazil, with three facilities spread across the country and employing more than 2,200 people. More than 40% of the corrugated board produced by Irani serves the food industry, mainly companies that produce animal feed and proteins. The rest is sold to all types of industrial customers in the region.

As Irani Papel e Embalagem continues to grow, so came the need to upgrade its corrugator equipment. It decided to replace the second hand machine that had been installed in the early 2000s. “BHS Corrugated manufacture a strong and reliable machine,” explains Patric Schürhaus, Project Manager, Irani Papel. “But we also put a lot of importance in the BHS Corrugated South America office; this made the difference in our choice. Their office brings us convenience by being close to us as a customer, offering spare parts, services and technical assistance.” 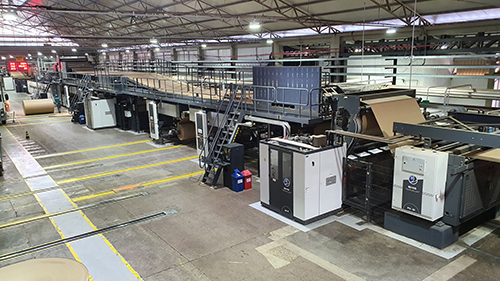 The 2.5m Classic Line corrugator has a design speed of 350m/min and is equipped with two AF-P single facers, which makes production more flexible and the change of corrugating rolls faster. A specially dimensioned heating matrix is also utilised to improve performance in the production of doublewall and resin paper products. It has an estimated annual production of 200m sqm and a total increase of 53% in the production of corrugated sheets at the plant, bringing gains in competitiveness and operational excellence for the customer by reaching the maximum production capacity of the corrugator.

In addition to the corrugator units from BHS Corrugated, the company also undertook several other machinery installations, including a starch kitchen from VortX; a waste and scrap system from APS Euroair and a shredder from Godswill; corrugator take-off from NE Engineering; sheet line with single pallet inserter by NE Engineering and sheet pallet strapping machine by Emmepi; an Isowa Falcon flexo folder gluer with pre-feeder and robotic palletiser from Dücker; BW Papersystem rotary die-cutter with WSA loadformers; finished goods palletising system by Dücker, with pallet compression strapping machine from Emmepi and stretch wrapping machine from Robopac. 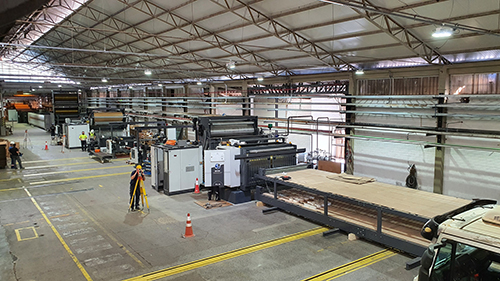 Schürhaus continues, “Installation was the best part of the entire equipment purchase experience for us. The technicians arrived well prepared, making the assembly look easy and clean. After that, the training was supported by a really good technical trainer. The treaining was divided into three phases – the first phase was at start-up, the second after 30 days, and the third after six months. In addition, operators were previously trained on a similar corrugator at another Irani factory in São Paulo, so the start-up went well.

“We had high expectations for the startup,” adds Schürhaus. “This factory had an old, second-hand corrugator, but it was working well and that meant the operators were experienced. So the new corrugator had to be better and faster than the old one, and it must reach high performance quickly as the operators are very experienced. At the end of the first year after installation, the expectation is for an increase of almost 50% in production, when compared to the old machine.” 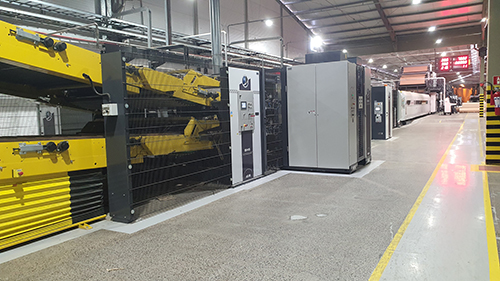 “For us, the first area that BHS Corrugated has to be able to help us achieve satisfaction was with a short delivery time,” explains Schürhaus. “The machine was delivered during the COVID-19 pandemic, at a time when the whole world suffered from delays in the delivery of electronic parts, lack of containers and vessels. Secondly, good technicians were needed for assembly and startup. Thirdly, giving us all the support we would need after start-up if we ran into problems, or showing us how to maintain it. Finally, delivering a machine with all the requirements and certificates of NR-12, which is unusual. They achieved them all!” 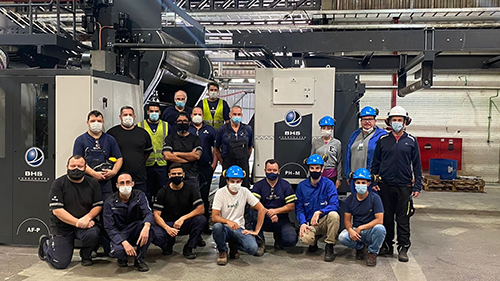 “Even though we handled the project during COVID-19 pandemic, it felt pretty normal,” concludes Schürhaus. “Everyone was comfortable working during the pandemic, so it felt normal but, of course, with strict safety protocols. We held video meetings and when technicians had to come to the installation site, they followed all of our protocols. The engineering went well, considering that some of the BHS Corrugated team and our own team contracted COVID, which made the start-up pretty tense. But we made it happen and that was thanks to all the people involved in the project, which totalled 93 people.”