Features > Investment at Craftpak in Ireland 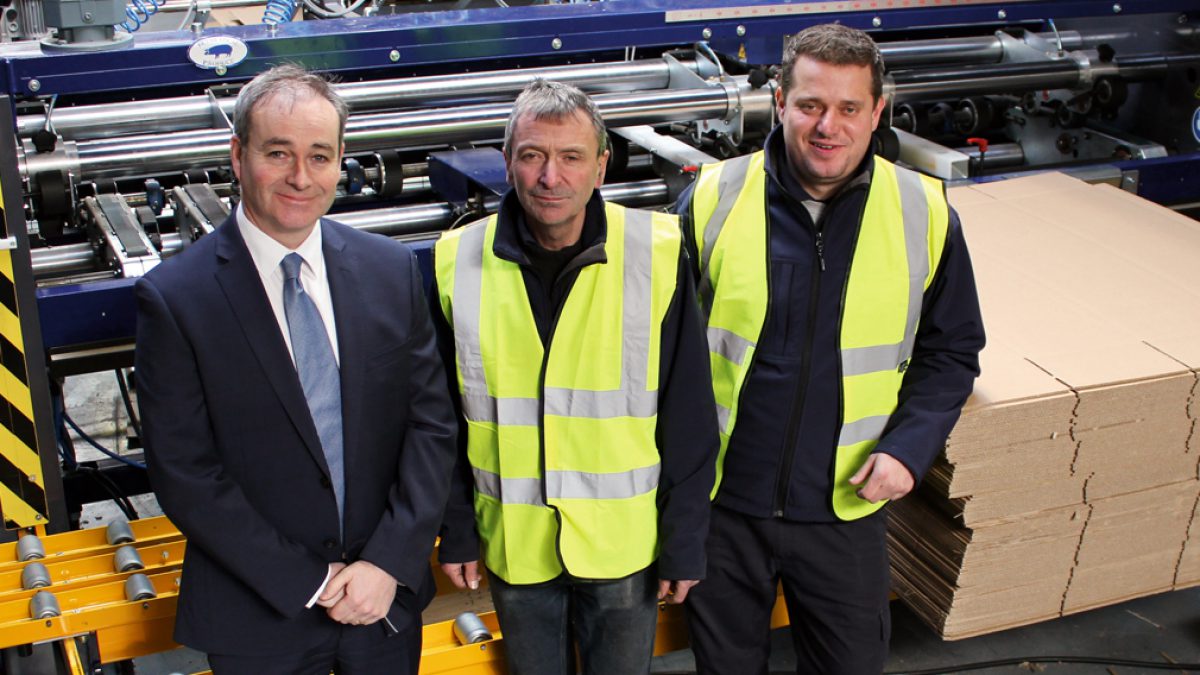 Investment at Craftpak in Ireland

Established in 1995, Rathcoole, Co Dublin-based Craftpak Protective Packaging Ltd is a privately owned corrugated packaging and display manufacturer. As well as a wide variety of trays, pallet wraps and a diverse selection of FEFCO style boxes, the company can also handle all types of prototyping and design work, thanks to the latest design suite and a Zünd G3 cutting table.

Due to the growth within its business over the past few years and the increased demand for two piece, large format boxes in the Irish market, Craftpak has invested heavily in new equipment over the last 12 months, to cater for continuing growth. “We wanted to give a boost to our converting department, particularly with equipment that could handle large style boxes as well as short run,” says Paul Murphy, owner and Managing Director. “We had looked at various machines in the market and I finally settled on the Solarco Ecomatic 2800DC and the Sodeme TO6400L semi automatic stitcher/gluer models. We decided that these two machines would cater comfortably for current and future requirements going forward.”

First to be installed was the Sodeme stitcher/gluer in March 2017, a few weeks ahead of the CCE expo in Munich. “We got to know about the Sodeme from their UK & Ireland agent, GTS Europe,” says Murphy. “We commissioned the machine in early March and Paul Herson from GTS told us that a quick visit to CCE would be good, so we could see one of the boxmaking machines in action as well as meet the owners of Solarco. It was well worth the visit – so much so, we placed an order for the Ecomatic 2800DC shortly after the expo. But we wouldn’t have done that, had it not been for the relationship we had developed with GTS.” 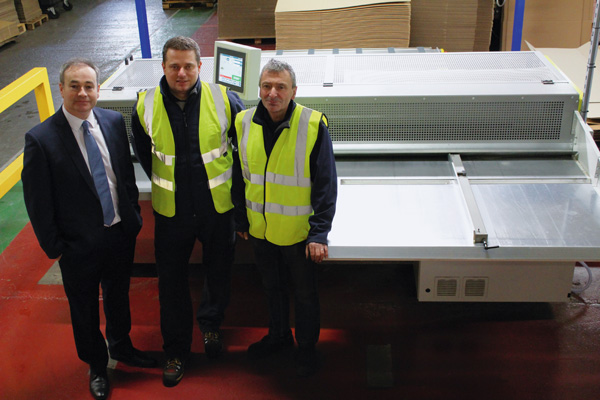 Murphy continues, “Being armed with these two machines, we felt that we could be more flexible and more cost efficient than some of our competition.” The main reasons for these investments included:

“Above and beyond the decision to invest, we had to be sure we had the right solution provider,” says Murphy. “Right from the start of the process, GTS Europe has been second to
none, from the initial enquiry, to visiting some factories with the same machines in operation, to installation and operator training.”

He continues, “Everything was seamless and straight forward. We did require a few extra features to be added to these new machines to suit work mix which we were currently producing and again, this wasn’t an issue – GTS and the equipment suppliers made the modifications needed and all was tried and tested before either machine was delivered to us.”

Murphy concludes, “Paul Herson and all the GTS team couldn’t have been more helpful. Paul even took the time and effort to fly over to Ireland during the installations to ensure everything was going according to plan. In my view, that is the kind of service you expect from a supplier of their standing. Now it is up to us to put the machines through their paces!”