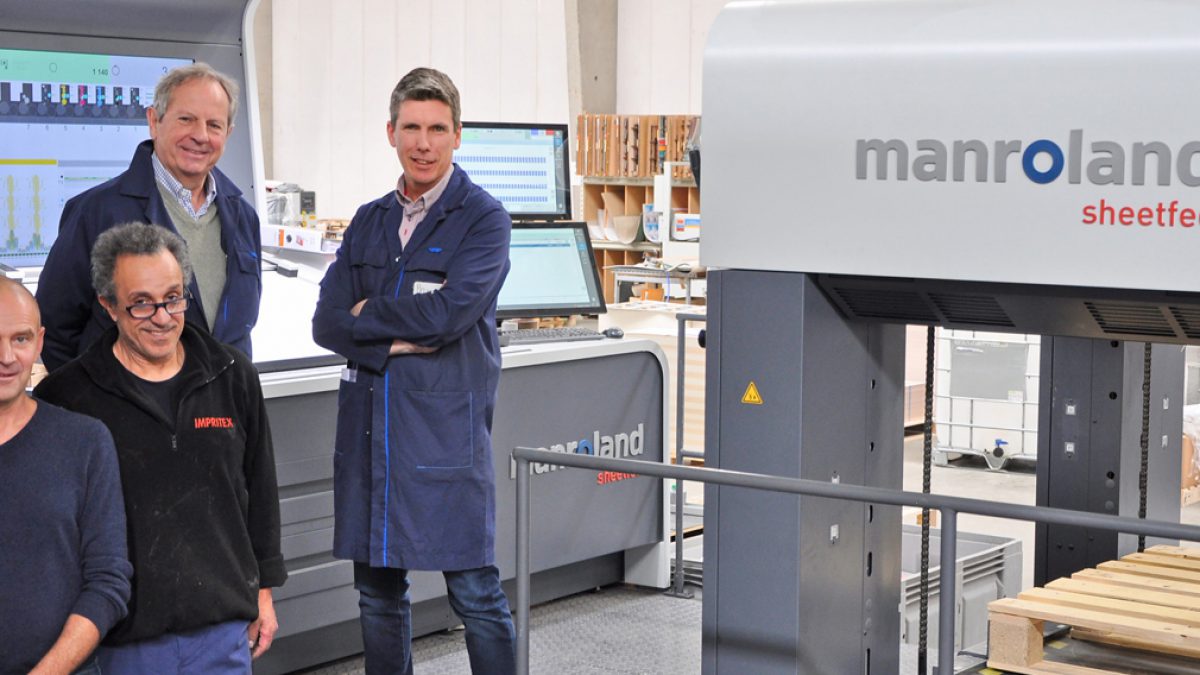 Impritex chooses yet another Roland 700 Evolution

In May 2019, Impritex, based in Wavre, Belgium invested in a new Roland 706LTTLV six-colour press equipped with double inline coater for both spot UV and dispersion coating. What makes this configuration absolutely special is the automated feeder and delivery system can handle up to five standby pallets enabling virtually uninterrupted production.

The company, which employs around twenty people, specialises in the design and production of customised solid board packaging. With a strong focus on folding cartons in the healthcare sector, Impritex mainly works with demanding sectors in terms of quality and flexibility. Thanks to the BRC Packaging AA and ISO 9001 certificates, the packaging amply meets the requirements of the food and pharmaceutical industries. 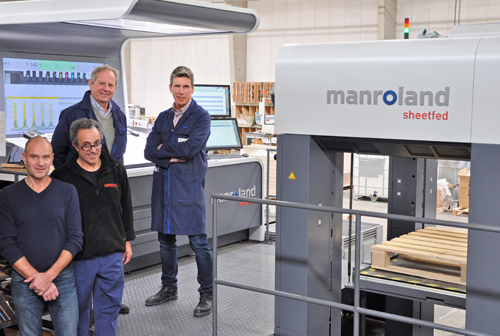 Third in a row

The new Roland 700 Evolution press is the third for Impritex and Manager, Alain Grandjean, has his reasons for doing so. “For the offset printing of solidboard, a Roland is one of the best presses on the market. I’m talking specifically about the sheet transport in the machine, which makes sure that the board passes smoothly. On top of that, the Roland presses show a razor-sharp print image and especially with luxury packaging, this makes a world of difference. The fact that this is our third Roland press is certainly not a coincidence, but a deliberate choice.”

Impritex have pulled out all the stops to turn the new machine into a real production monster. Grandjean explains, “An important option to achieve this is our choice of the press’s non-stop feeder and delivery system. This means that we always have four to five pallets on standby, which is good for 15,000 sheets of board or approximately one hour of production. As a result of this increase in efficiency, the new press prints a job of 60,000 sheets in just four hours, whereas in the past it used to take a whole day to print due to the many manual pallet changes. The press is operated by two workers. An operator and a helper for the loading and unloading of the pallets.”

Continuous production only makes sense if the quality of the printed matter is also guaranteed to remain stable. To achieve this, the Roland 700 Evolution at Impritex is equipped with the InlineColorPilot system. This automatically checks and corrects inline even the smallest colour variation and register, which not only shortens the setting time, but also ensures a consistently high print quality throughout the entire print run. “We immediately noticed the difference,” says Grandjean. “The waste has been halved. The stability through the print run is also spectacular. In the past we could only dream of that.”

Stable printing is one thing, but errors in printing due to dust or hickeys can still throw a spanner in the works. In order to completely rule this out, Impritex installed the Inline Inspector camera surveillance system. Using a high-resolution camera, each sheet is viewed and errors are found in real time. The operator is then given the opportunity to solve the problem so that as little material as possible is wasted. All this helps to continuously produce the best possible quality.

The icing on the cake on this installation, and also good reason for a party, was the fact that one of the printing towers happened to be the 1,000th unit that was produced for the Roland 700 Evolution series. 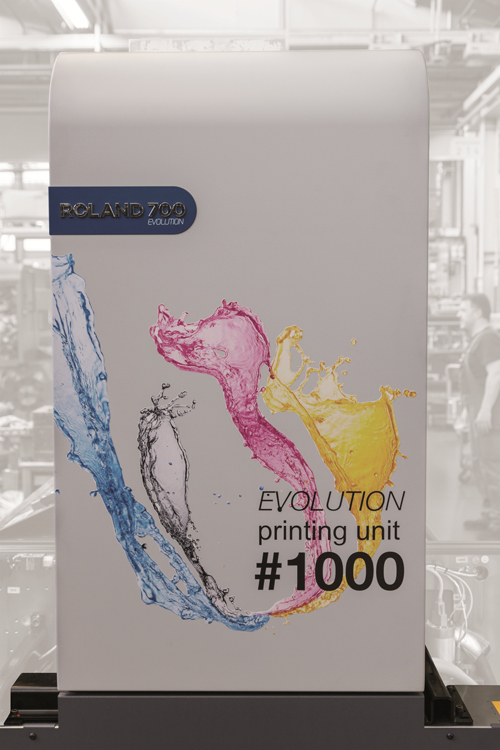