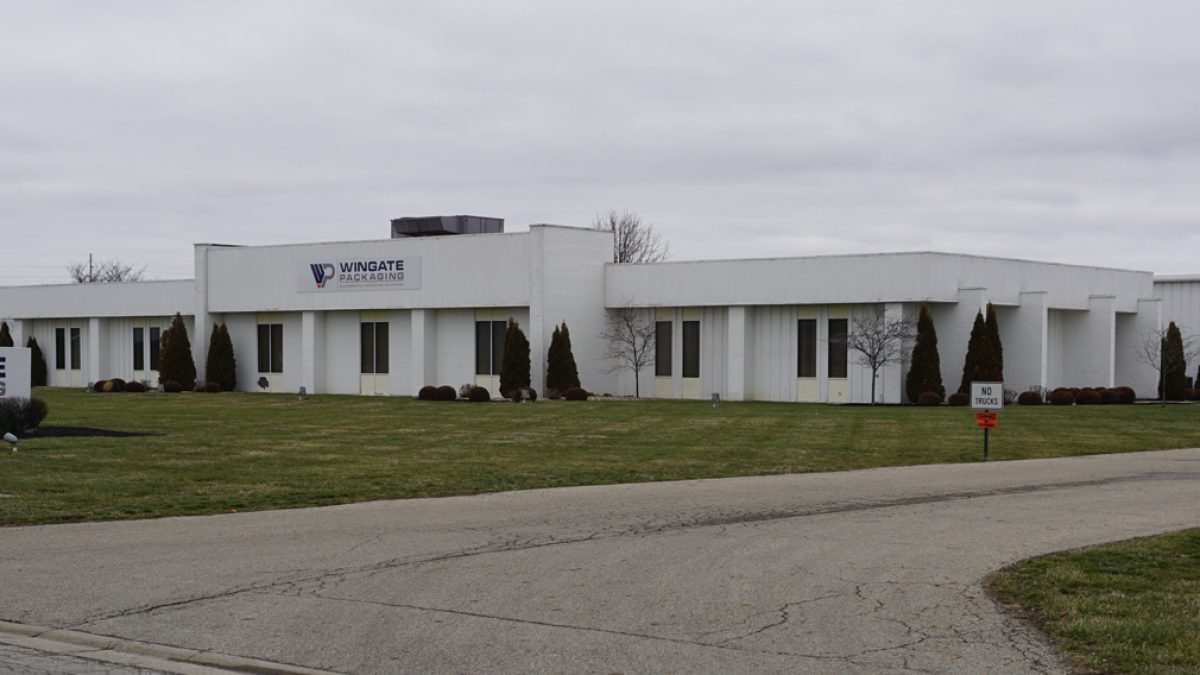 Wingate Packaging, Inc. headquartered in Blue Ash, Ohio was founded 30 years ago, as a printer of paperboard packaging for companies who produce food products. Over the years, Wingate has expanded its capabilities to include a more diverse product offering with the installation of both offset and flexo printing equipment, along with a complete converting department. The investments in equipment, technology and experienced people has expanded Wingate’s customer base and allowed the company to provide custom designed packaging to a wide array of consumer goods companies.

According to Edward Rodden, CEO, the folding carton part of their business covers the full gamut of consumer products, – food, household cleaning, cosmetics, and some pharma. Their key challenge is to be able to carry out any size run a customer needs — and do it quickly. Their place in the market leans heavily on their service to customers. They compete with large companies, but they believe the service they can give customers is important: Wingate can respond quickly, particularly with new products.

Rodden was brought into Wingate Packaging a year ago, with a clear mandate to grow the company. In September, 2019, Wingate installed a Highcon Euclid IIIS digital cutting and creasing machine to support the recently installed HP Indigo 30000 digital press.

The Highcon Euclid IIIS with the HP Indigo 30000 digital press

One of the original reasons for buying the Highcon machine was to improve efficiency on the conventional printing and die-cutting infrastructure. Two thirds of the runs they produce are fine for the conventional machines, but the remaining work, particularly the smaller volumes, still have to be done, even if they are not profitable and impact on converting time for the long runs.

Adding the HP Indigo 30000, which prints on half-size (B2) sheets, this removed the short-runs from the conventional press which improved efficiency. Up until then, the setup for the short runs was longer than the print run, so now they could make money on the smaller runs, but the bottleneck moved to the converting. They would be running B2 digital printed sheets on full sheet die-cutting machinery, which meant they cut throughput in half.

Rodden said, “As we became aware of the Highcon, we saw that it offered a number of things. Firstly, getting away from fixed physical dies, which are expensive, take time to get and you need to store them. There is a huge difference between conventional die infrastructure and the Highcon – less than 10-12% of the cost of a conventional die – and ready in 5-10 minutes on the machine, instead of waiting a week or two to get the die. Then, if it gets damaged, it’s easy to replace – this makes a lot more economic sense just from the perspective of dies. But it also has enhanced the capabilities of what we can cut, particularly extremely complex cuts that you would struggle to do conventionally. This allows us to offer enhancements to customers that we wouldn’t do conventionally.”

Wingate are now thinking of targeting a variety of different markets. It’s hard to precisely quantify, but they estimate that in the first three months they’ve picked up $800,000 in new business which they would attribute directly to the inclusion of the Highcon machine.  Rodden adds, “It has probably been the smoothest startup of a new machine that I have seen in my career.”

Wingate checked out the market carefully before deciding on the Highcon solution, particularly with the strong connections to HP. They also saw other equipment, but none that handles both the creasing and the cutting digitally. Their main aim was to keep up with the service level customers want and to deliver enhanced products that can’t be done — or not too easily — on a conventional die cutter.

The Highcon digital cutting and creasing machine was installed in September and has been running well ever since. They are running about 16 hours per day and estimate they have gained 50 to 60 production hours per month in their conventional printing and die-cutting infrastructure by the reduction of setups on the small run business that they have moved to digital.

Rodden sees the introduction of digital technology into the business as being an obvious trend that is affecting everything.  Now they are just waiting for digitised folding/gluing. But to grow, you need the right people. Currently, Wingate employ 150 people, but recruiting younger people into the print/packaging business is not easy.  However, when Wingate posted jobs for the digital print and digital finishing — they got the highest interest rate they’d ever seen in a posted position. The knowledge required to operate a Highcon machine, according to Rodden, is how to run a computer and play a video game.  “If they can do that – it’s enough to quickly teach someone to operate the machines,” he concludes.