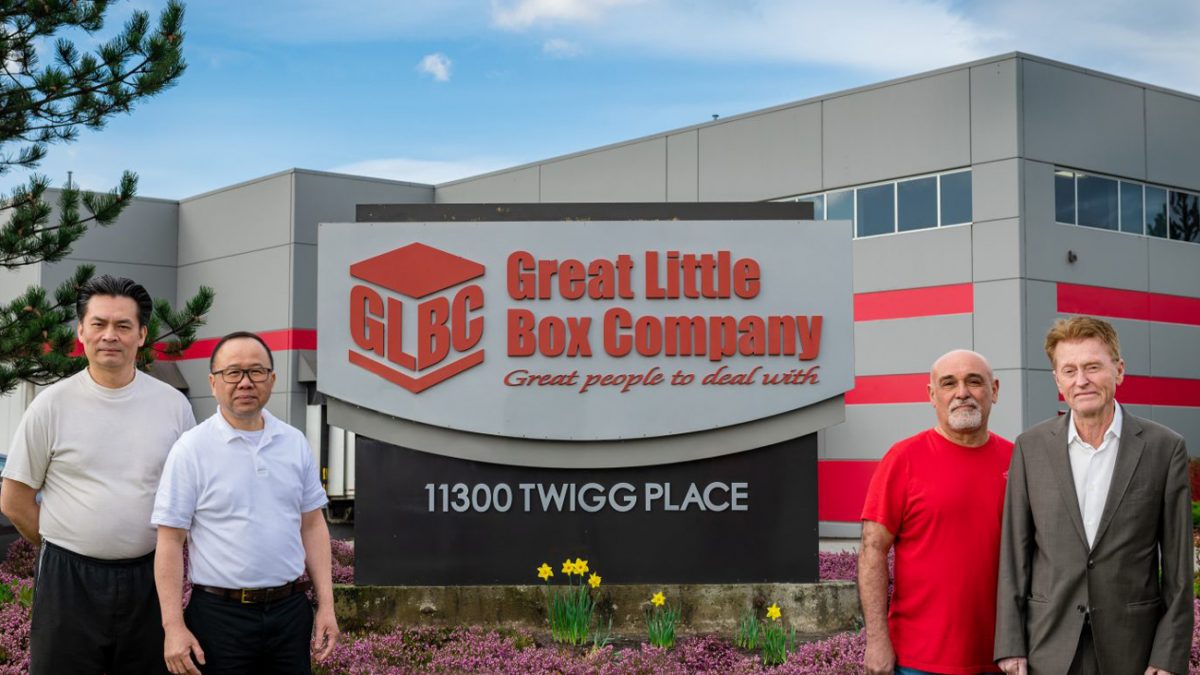 In 2022, the year Great Little Box Company (GLBC) celebrates its 40 year anniversary, you might wonder…is this company really so “little” these days?

Today, almost 500 people call GLBC their employer. These talented professionals work across two divisions: Retail Packaging (including labels and folding cartons) and Corrugated & Industrial Packaging (including, corrugated boxes, displays, protective packaging, and shipping supplies). In addition to its 250,000 sq ft facility in Richmond, BC, the company has distribution locations in Kelowna, Victoria, and Abbotsford, British Columbia, and in Everett, Washington. And GLBC has a continent-spanning reputation. Its widely admired people-first culture earns the company consistent recognition as one of Canada’s best managed companies and top employers.

But despite the growth, the name still fits. And that’s because it captures an attitude that the GLBC team never intends to drop. Just ask Christine Tindall, VP of Human Resources and daughter of founder Robert (Bob) Meggy. “Did you ever read The Little Engine That Could? I feel that’s what our company culture is all about. When we started out, there were bigger, faster, stronger engines, but we tried harder and cared more. My mom (Margaret Meggy) would say, ‘You have to give your dad credit. He beat everyone on management.’ I didn’t understand what she meant when I was 10 years old, but I get it now.”

It was 1982 when Bob Meggy launched GLBC. “I was working for a packaging company, and I figured, ‘I could do better’, so when another small packaging company went into receivership, I bought it. We had one salesperson, one guy who could operate the machines, and me.” 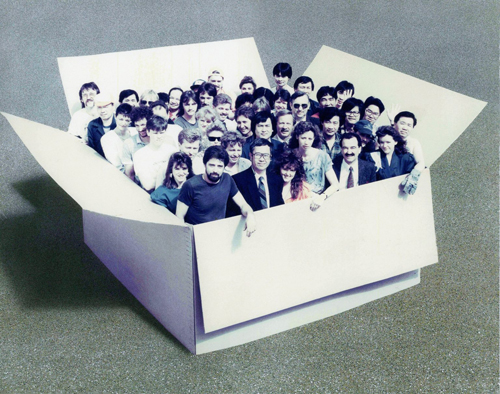 1982 was the year of ET the Extraterrestrial, Michael Jackson’s Thriller, and the start of the Falkland Islands War. It was also a time when surging interest rates were shuttering businesses left, right, and centre. “When we were launching, interest rates were over 20% for at least 7 months,” says Margaret, who used to do the books. “I remember one of our competitors saying that it was as if someone had turned the economy’s taps off. It was such a tough time to get something going.”

For Bob, doing better than the guy before him meant weathering a nasty recession while managing people in a particular way. “We started building the culture from day one. It’s about treating people fairly and as equals.”

It’s one thing to be treated like an equal. But it’s another thing to be treated like a friend, with genuine curiosity and warmth. According to Margaret, “Bob always drew people in; that was just his personality. He would have President’s meetings when he’d meet with every person in the company, eight people at a time. That was especially helpful for the many employees who had immigrated from other countries and felt shy about putting up their hand at a monthly meeting. In Bob’s office, they felt free to speak up.”

Indeed, GLBC was always growing. The years between 1984 to 1998 were the company’s first period of expansion. During this time, GLBC made its first move to a larger facility, and opened its Victoria, BC, Kelowna, BC, and Everett, WA, branches.

Packaging Specialist Christine Bilodeau started working as a packaging specialist for the team in 1994, so she experienced this phase — and every one since. “When I started out, we were handed pagers. Different times. It’s been a wild ride! In the early days, we were a small group, so you’d see the whole company often. Obviously, it’s harder to get everyone together now. But overall, throughout all this growth, the company has held true to its roots. Putting employees first. Including them. Letting them know about everything that’s going on, and where we’re headed.”

During this period, Bob and his leadership team were cracking the code of what building a great (little) company entails. Christine Tindall puts it succinctly: “There were two things that were always really important to my dad: culture and growth.”

Bob suspected that these two goals were, in fact, two sides of the same coin. “If you treat people right, they treat each other right,” says Christine. “They treat vendors right. They treat customers right. That’s how growth happens.”

So, when Bob got advice to cut management costs and simply push sales harder, he didn’t listen. Instead, he continued fostering genuine warmth in whatever way he could. And he also discovered the power of transparency and open communication. “The best thing I ever did was start running open books in the nineties,” he says. “I’d teach every employee how to read a financial statement. Every month, we’d review the books together. When you’re profit-sharing, it means people can see when they’ve made a few extra hundred bucks in a month and that’s exciting. Everyone feels and acts like an owner.”

Open communication was also key to the innovation that was gradually making GLBC a packaging company of note. At monthly meetings that included the entire company, creative ideas circulated freely.

Brad Tindall, Bob’s son-in-law and GLBC’s President since 2015, puts it this way: “If you put five people in a room and tell them to come up with innovative ideas, that’s a tall order. But if you have hundreds of people who are always encouraged to think creatively and share what they come up with, then as a manager you just have to become a good listener.” 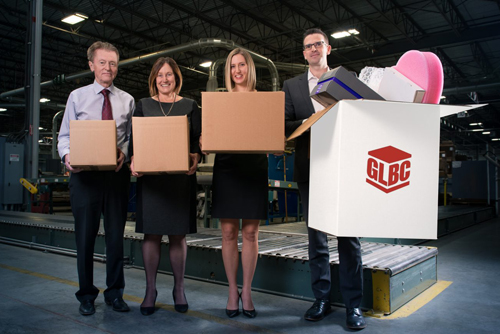 From the late nineties to 2017, another phase of growth saw GLBC moving again, this time to the 250,000 sq ft, built-to-spec facility on Mitchell Island that it still calls home. The company also expanded its offerings to include its Folding Carton and Label divisions. Finally, it acquired several other smaller companies. 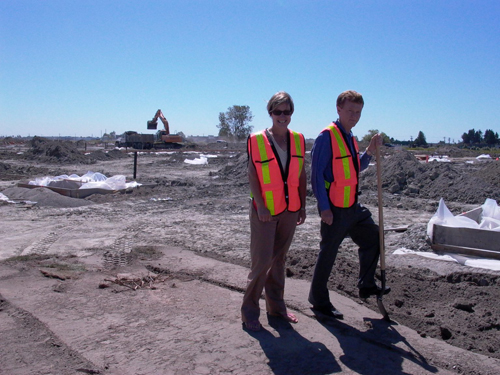 One of those companies was Action Box. Pamela MacRury had been working for Action Box for five years when she suddenly became a GLBC employee. “When GLBC acquired Action Box, not much changed. We didn’t lose customers. They saw that they were going to keep getting great service and a quality product.” Pamela, who is now the Abbotsford Branch Manager, quickly came to appreciate the people-first culture she’d become part of. “I’m so proud of the way GLBC cares for people. When Abbotsford flooded in 2021, we had an employee who was stranded and couldn’t get to work for weeks. They used up all their sick time and still couldn’t make it in. I called up HR and asked what we could do for this employee in these crazy circumstances. They just paid him. No questions asked.”

When Christine and Brad Tindall took on leadership roles for the company, they were clear on their mission. “What was really important to us was continuing that legacy that Bob & Margaret started,” says Brad. “How could we inject our energy into this legacy and keep building it for a new, changing market?”

It wouldn’t be long before they would find out.

2020 was the year COVID-19 transformed life for people across the world. And it was also the year GLBC scaled up like never before in its already-impressive history of growth. With the acquisition of Ideon Packaging, the company became a true one source supplier, with new digital printing and packaging capabilities unlike anything else in the North American market. 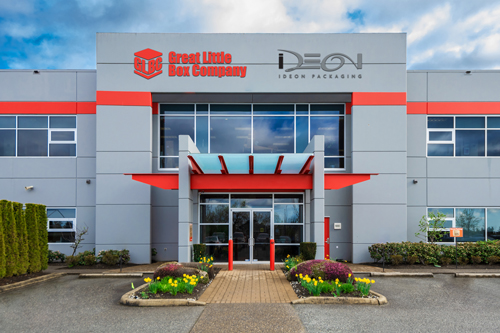 Ideon partner and current VP of the Corrugated & Industrial Packaging Division Matt Dwane recalls the transition of 2020 as both surreal and — ultimately — gratifying. “GLBC was our main competitor. Beating them was a rallying point for us. So, when this merger came together it felt weird at first. But then you realize that their people are just like yours. You’re all doing the same kind of work, all trying as hard as you can to succeed. And the transition was relatively smooth, thanks to Brad and Christine’s leadership. It eventually became clear that our companies were a perfect fit and could really evolve together.”

Of course, evolving during this time included adapting to pandemic conditions. In a context of social distancing, how could GLBC maintain its culture of connection?

“Before COVID, we would all take trips together—the whole company—to Las Vegas or Mexico,” says Bob. “I remember hundreds of people dancing together on the beach in Mexico. During COVID, Christine had a creative idea for how to replace the idea of the trip by having employees purchase something that would bring them joy today. We had a great year, so every employee got a bonus of $1,200. But you had to spend it on something you really wanted, something personal. Lots of people bought bicycles and camping gear.”

With the worst of the pandemic over, those opportunities for connection are on the rise. Brad and Christine both look forward to facilitating those connections—this time with a 500-person-strong team—and feel gratitude for what was never lost.

“We’re grateful for the fact that people tell us today that their favourite part of the job is their co-workers, and it’s the same answer people gave 20 years ago, when the company was so much smaller,” says Brad. “The fact that the essence of the company is still intact even after all of this growth is collectively our greatest achievement so far.”