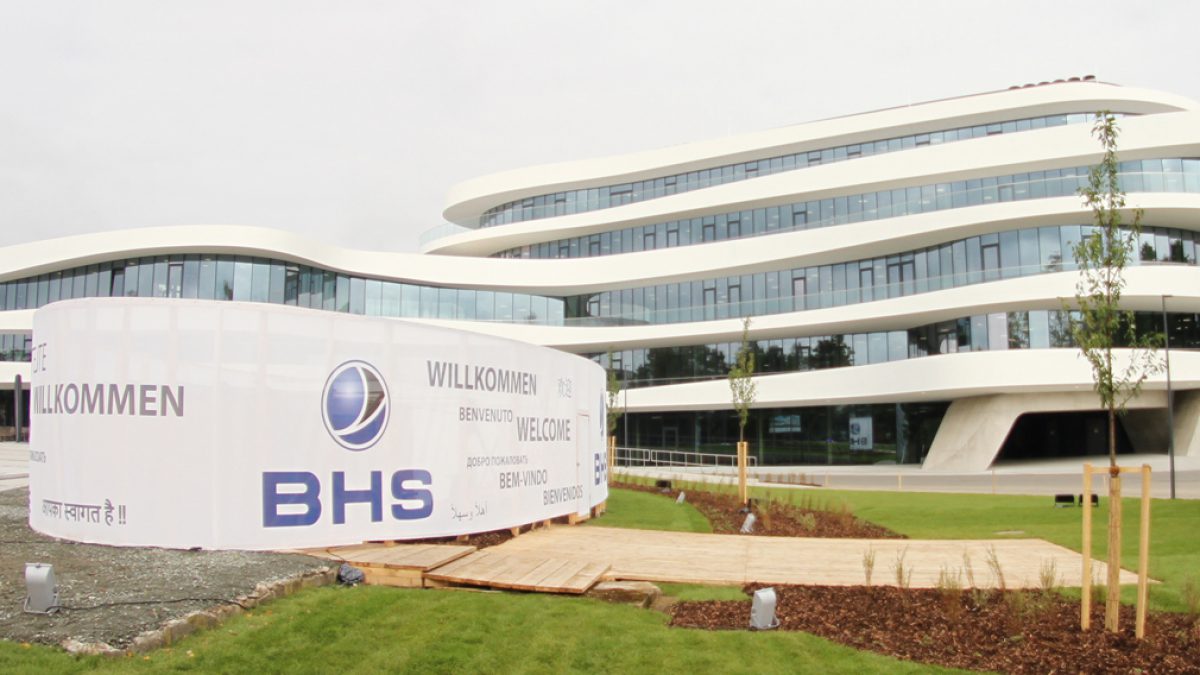 With over €60 million invested in a state of the art new office complex and manufacuring facility in Weiherhammer, BHS Corrugated opened the doors at an open house event that ran from 20th to 22nd September, welcoming over 300 customers from around the world. Guests had the chance to also tour two nearby factories that are running BHS Corrugated equipment – Thimm Verpackung Süd in Wolnzach and Prowell GmbH & Liebensteiner GmbH in Plössberg.

With a packed agenda, visitors not only had the chance to tour the impressive new facilities, but also listen to some of BHS Corrugated’s long standing customers take to the stage and explain why the company has been part of the ongoing success within the corrugated industry. Guest speakers included Steve York of WestRock, Stefano Rossi of DS Smith, Brian McPheely of Pratt Industries and Poramate Larnroongroj of Thai Containers. All four speakers agreed that BHS Corrugated has – and continues – to play a leading role in their own businesses.

Showcase opportunity
BHS Corrugated also used the event to unveil two of its latest developments. Building on the success of existing corrugator components, Thomas Murr and Alfons Gnan lifted the lid on the company’s new splicer – the SP-3 – as well as the MF-A single facer. “We have listened to our customers and the new machines are a direct result of interacting with operators and production managers, to ensure we get the right solution that the market demands, not just today but for the future,” explained Murr.

The SP-3 is the latest generation of high speed splicer. As well as additional tensioning systems, the new splicer utilises wireless connectivity, direct to a smart watch worn by the operator. “Gone is the need for the operator to have to check the machine and waste time,” said Gnan. “The unit will send messages to the operator, telling them when intervention is required.”

With over 70,000 hours of development time and nearly €5 million in development cost, the MF-A single facer will help enhance productivity, in a safe operating environment and without the need for the traditional pit. “This is a game changer, thanks to the NICE cassette concept – gone is the need for roll replacements at weekends and the endless tuning and calibration,” said Murr.

Visitors were brought up to speed on the latest developments that BHS Corrugated is working on with Screen in terms of the are Inline Print RSR digital print system. Looking to be rolled out in 2019 and with a working width of 2.8m, it is sure to be part of the ongoing growth in packaging customisation and e-commerce packaging solutions.

“We are proud to have reached this landmark anniversary,” said Lars Engel as he welcomed guests. “The journey continues and we are proud to be playing such a leading role in the ongoing development of the global corrugated industry.”