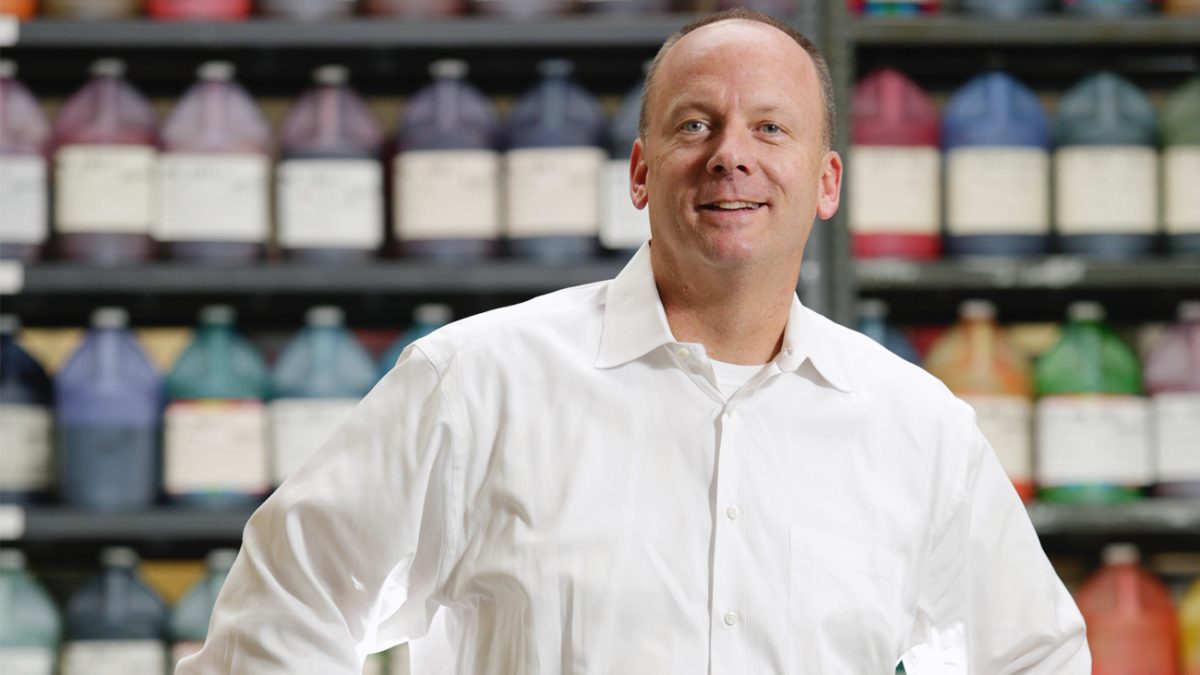 For a company with such a long history, dating back to 1878, and with family origins in Germany, the homeland of printing, New York Label & Box Works in the 21st century is blazing a new trail in the production of folding cartons and offering its customers greater flexibility combined with top-quality and highly competitive pricing – all on a single-pass production line. Initially an importer of folding boxes under the ownership of Frederick Haedrich Sr, the company moved into print production in the 1930s, supplying labels and cartons to local pharmacies and drugstores in the New York metropolitan area.

Today, grandson Steven Haedrich (pictured above) is company President, and under his shrewd guidance the business has become a leading single-source supplier of printed packaging from labels to cartons and specialty products for markets as diverse as cosmetics, healthcare, food, beverage, and both pharma and nutraceutical products. “There really isn’t much we can’t do these days in the label and carton sectors and our customers have come to rely on our ability to deliver a variety of printed packaging that is right first time, every time,” he commented.

Knowing how important packaging is to a product’s success, Haedrich knows that a combination of innovation and competitive pricing is what is needed to drive new business in today’s market. “We aim to deliver the most appealing, durable and affordable folding cartons and if you want something a bit special, like a custom substrate, coating or adhesive, then we have the knowledge and expertise to deliver on that too,” he said. “Shelf impact is what it’s all about if you’re looking for a competitive edge.”

Fully self-sufficient from design studio to delivery, New York Label & Box uses the latest CAD technology to produce 3D samples which are then printed sheet fed offset with UV curing and converted by a raft of modern offline technology. This method of production is the traditional approach to folding cartons and remains fundamental to the company’s success – but Haedrich knew that he needed to engage in some lateral thinking if he was to ‘break out of the box’ and break into new markets.

Haedrich added, “We’d been looking at inline flexo for some time, but nothing had caught our eye in terms of specification for the requirements we have. That was until we met Edale and saw the FL5 press. It appeared to move the game on in terms of flexible production capability and still offered top quality print.”

Key to the FL5’s appeal was its 20″ (510mm) web width and ability to handle up to 27pt (700-micron) board. With a rail system capable of taking added features like cold or hot foil and lamination, and a flat-bed die-cutter, the modular design and build of the FL5 makes it as future-proof as is possible with today’s technology.

“It was the demonstration that really convinced us of its commercial viability. We saw how easy it was to make-ready and run, and no matter what processes were involved, the end product was always up to the quality standards that our customers demand,” he added. In fact, according to Haedrich, one of the issues they have selling the new production concept to carton buyers is their disbelief that the FL5 can do so much, so well, in one pass. So, the company has resorted to its own online demos to prove the case for the FL5. “It’s a real game changer and for us, it points the way ahead,” he said.

In fairness to New York Label & Box, the Edale technology is familiar territory. Having produced roll labels since the 1960s, the company is well set-up for inline flexo production and all that single-pass production includes. “If you compare it with traditional carton work, it’s both time and space saving, as well as less wasteful, which is important when you consider the cost of some of the stocks we use. In an era when sustainability is the word on everyone’s lips in our industry, we think inline production has a strong case to make,” said Haedrich.

Any reticence the US company had initially about investing in UK technology was quickly dispelled with an installation and commissioning that went ‘like clockwork’, and Haedrich is keen to acknowledge the ongoing support he has received from Edale. “From set up to operator training it’s been an easy learning curve for us thanks to Edale’s technicians, and now the FL5 is up and running in full commercial operation we can substantiate the claims they make about its cost-effectiveness. I’d say we can genuinely look at savings of 20%-30% across a variety of carton jobs.” 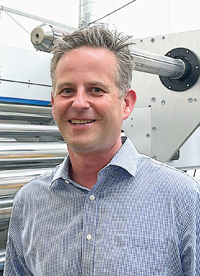 For Edale, this installation at New York Label & Box is an exciting ‘first’ in the North American market and is even more significant because inline flexo carton production is an established and well-proven concept there. Where Europe has always been the heart of sheet fed offset press manufacture and offline converting, America has long since embraced alternative production methods.

Speaking for Edale, James Boughton, CEO (pictured left), said, “In a market that’s price-sensitive, it’s important to strike the right balance between investment cost and production capability. The concept only works if it makes money. What we have achieved with the FL5 is a serious and viable alternative process for carton production that fills a niche at a time when run lengths are shortening and more versioning is required to cope with an increase in SKUs.”

New York Label & Box was quick to assess the situation and see the benefit, and it is surely only a matter of time before the concept is taken up by other carton houses and narrow web converters looking to diversify into folding cartons.