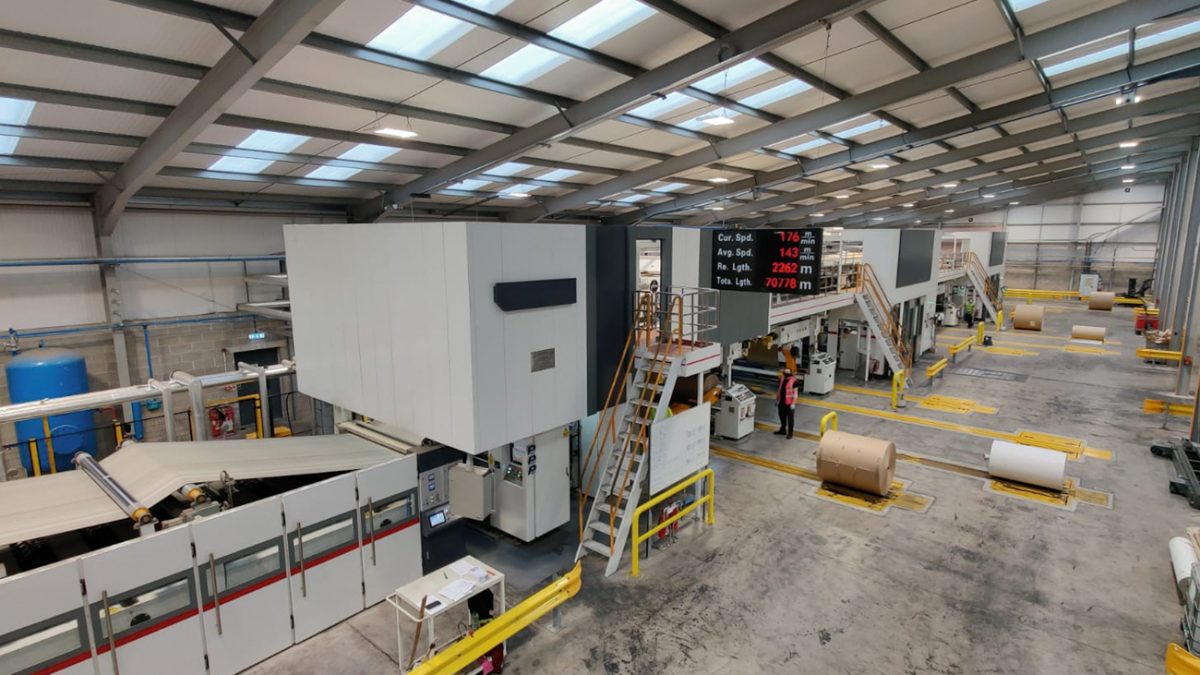 Family businesses; the driving passion to flourish, grow and succeed. From one generation to the next. It is all about the right investment at the right time. For Yeovil, Somerset-headquartered Ablebox, it has certainly been about its growth. So much so, the company had to build a new facility to allow for unfettered development, as it was growing by about 20% per annum for the last few years.

Founded in 1989 by Tony Lloyd, the company is now headed by the next generation with Jack Lloyd as Managing Director and Tom Lloyd as Operations and Technical Director; Sam Ainsworth binds the team together as Executive Chairman. Starting life as a small sheet plant in Martock, the business moved to its existing headquarters in Yeovil in 1995. With a diverse range of equipment, including two TCY flexo folder gluers and three flat bed die-cutters (Eterna, Century and Wook Il), the company grew over the years and then installed a 1.45m corrugator that they bought for less than £100,000 when Glampak went into administration.

“We knew nothing about the corrugating process when we bought the old corrugator,” recounts Jack Lloyd. “We had a baptism of fire, but after several months of learning how the machine functioned, we started to successfully make our own board. We have some great machine operators and engineers and we have years of experience of converting board and adding the corrugator enabled us to be in control of the supply of the majority of our board material.”

With a well established reputation for supplying JIT corrugated products for the food, drink and e-commerce sectors within a 100 mile radius of Yeovil, the company looked at the next stage of its development. An expansion project started to take shape in 2016.

“To take the next step, we needed more manufacturing space,” explains Sam Ainsworth. “We set about finding a suitable site and after some months of research, we acquired a four acre site on the edge of the Henstridge Airfield, about 13 miles from our sheet plant in Yeovil. That was in 2017.” 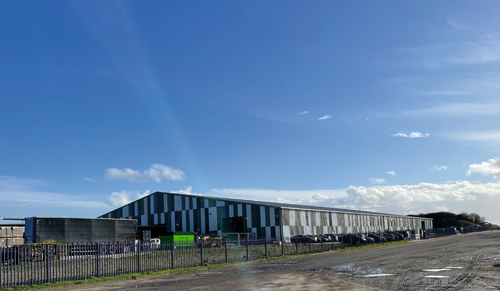 Self-managing the project, the management team began an 18 month build, resulting in a 75,000 sq ft purpose built corrugated board plant, complete with testing lab, meeting rooms, finished good warehouse and the first ever JETS 300 corrugator to be installed in Europe.

“We visited China and Thailand to see various installations of the JETS 300 in action and were immediately impressed,” explains Jack Lloyd. “We got on with the team at JS Machine really well and we placed the order for this new line.” 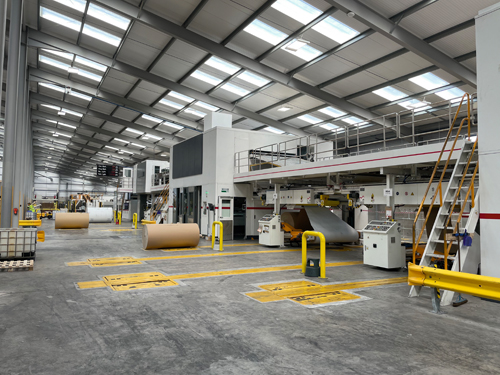 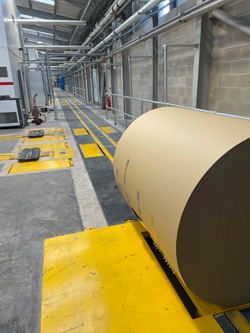 At the heart of the new site is a 2.2m doublewall, 300 m/min, single knife corrugator from JS Machine. The JETS 300 corrugator features automatic reel infeed and reel return system, complete starch kitchen, sound reduction booths and computer control throughout. This is the first of its type to be installed at a box plant in Europe, something Ablebox are proud of. The machine was installed in December 2019, starting up in late February 2020.

The take off materials handling system is a blend of old and new components, with Avanti providing the new units and control system. The conveyors use some components from JS Machine, and feed into a Mosca end of line pallet strapping system.

Supplementing the new corrugator, finished board is converted on a four colour TCY 1.8m 618 miniline casemaker and a Klett flatbed die-cutter with the majority of board shuttled to Yeovil for conversion and shipping to customers, delivered by a fleet of Ablebox’s own vehicles.

“The JS Machine engineers were absolutely fantastic,” says Sam Ainsworth. “The machine was installed in an efficient manner and the training they gave to our operators was great. As a result, we have produced in excess of 30 million sqm in the first year, running the machine on a single shift basis. The line has the potential for over 100 million sqm, so will comfortably be able to accommodate our ongoing growth.” 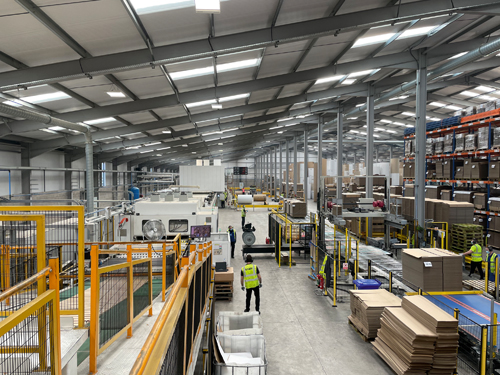 Following the completion of the £7m investment project, the management team are now starting to struggle a little bit – they are already running out of space! “It is crazy to think that the new site is already looking full, so amongst other significant investments we are now looking at acquiring a further five acres next door, to build a dedicated warehouse and distribution hub,” confirms Jack Lloyd. “We have grown from an annual turnover of £8m to £16m in a relatively short time frame and adding the next warehouse will allow us to free up space in the new factory and enable us to start growing the output from the corrugator, along with potential acquisitions in the longer term.

“We aren’t standing still,” concludes Jack Lloyd. “We’re actively recruiting high quality members to our expanding team, especially when you consider our position in the market is pretty striking as we’re one of the only fully independent and integrated manufacturers in the south of England. We are also looking at digital printing, as we aim to expand our product portfolio further.”

The team at Ablebox certainly don’t seem to be phased by much. Choosing the first corrugator of its type in Europe and building factory after factory seems to be working wonders. It is great to see a home-grown success story like this, especially as it is on my doorstep! 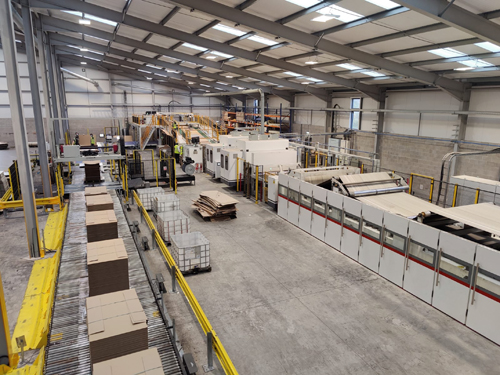