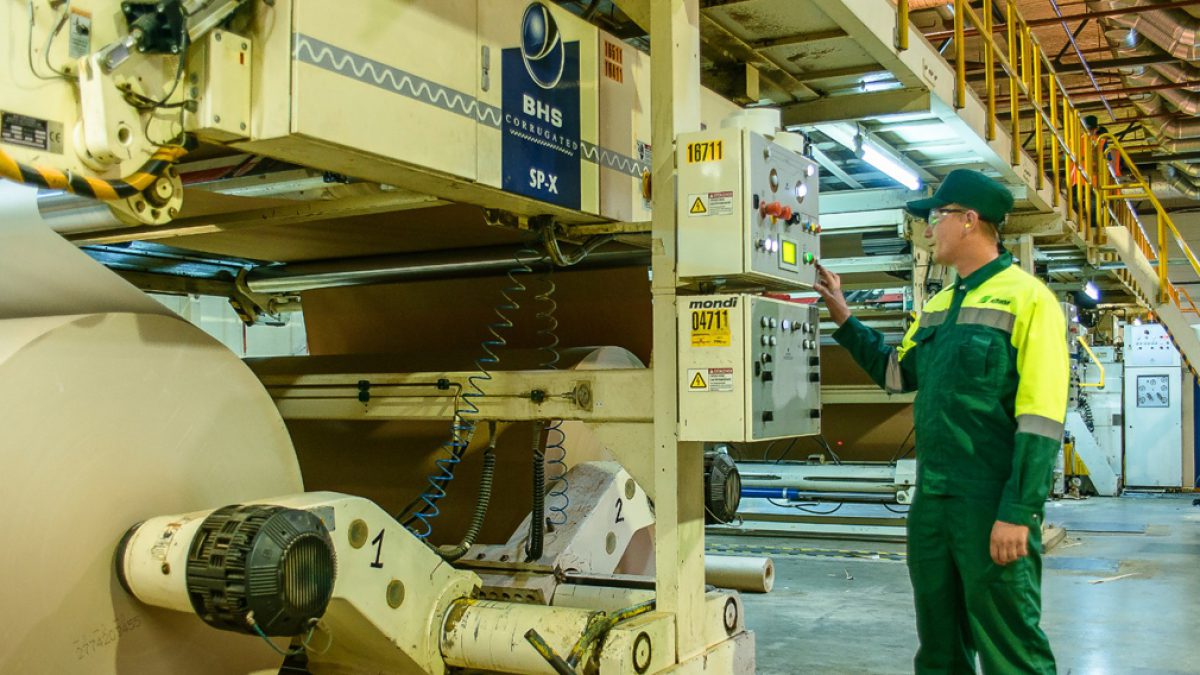 Ilim Gofra, one of Russia’s largest corrugated producers (and part of the Ilim Group), continues its active expansion in the domestic market thanks to the growth of converting capacity at its local production facilities. As part of these plans, particular attention has been seen with the development of one of its factories, located in the city of Kommunar (St. Petersburg region). The company’s second production facility is located in Dmitrov (Moscow region) and has the capacity to produce 90 million sqm per year.

The Kommunar factory, built in 2008, produces single wall and doublewall board in a wide range of flutes, including B, C, E, BC, BE and CE. It was built in just a year and investments in the facility were around US$55m. The factory reached its design capacity in 2012 and is currently equipped with modern equipment, including a BHS Corrugated line, a Bobst flexo line and a Martin rotary die-cutter.

The plant has a diverse portfolio of products it can produce, around 5,000 items in total. It employs more than 300 people. At present Ilim Gofra is the second largest producer and distributor of corrugated products in North-West Russia.

Most of paper raw materials used at the plant are supplied by Ilim Koryazhma, a subsidiary of Ilim Group, located in the Arkhangelsk region. The mill specialises in the production of pulp, Kraftliner, fully bleached liners and fluting; it also produces sack kraft paper and various grades of printing papers. It produces about 1.2m tonnes of paper grades in total.

In 2018, the volume of investment in the development of the plant amounted to almost US$10m. At the end of last year, the company signed an agreement for the supply of a Chroma Print EVO 1700 printing machine from Celmacch. The new machine, which is now installed, is running in-line with an Asahi flatbed die-cutter. The new printing machine can run at a speed of 9,000 blanks per hour.

Since 2015, the volume of production at both plants of Ilim Gofra has grown by 70%, particularly for printed packaging in three and four colours. Among the major customers are Nestle Russia, Baltika Brewing Co, Vologodsky Milk and Dairy Plant and some others.

According to analysts of Ilim Gofra, last year saw the prices in the Russian corrugated market grow after long periods of decline, which provided a relief for producers. This was mainly due to the hosting of the football World Cup and some other sporting events, which resulted in a substantial growth of corrugated consumption in the country.

In addition, the growth of prices was seen due to weakening of the local currency – the Ruble. For example, prices for unbleached kraftliner and semi-chemical fluting increased by RUB 5,000 (US$76.92) per ton. The Russian market is typified as running about two-thirds of its output with recycled papers, while 33% is produced with virgin fibres.

In the long-term, Ilim Gofra plans on becoming a leading producer of corrugated in Russia. To achieve this, the company plans to build up to five new plants, which will result in the increase of its total production to 700 million sqm annually. The volume of investments in the implementation of these plans is estimated at US$250m.

Exact locations of the planned production facilities have not yet been disclosed. However, according to some sources within the company, they will be probably established in the European part of Russia. The capacity of each plant is to be standardised and will be about 140 million sqm per year. According to projections run by the company, successful implementation of these plans will provide an opportunity to hold up to 25% of the Russian corrugated market.