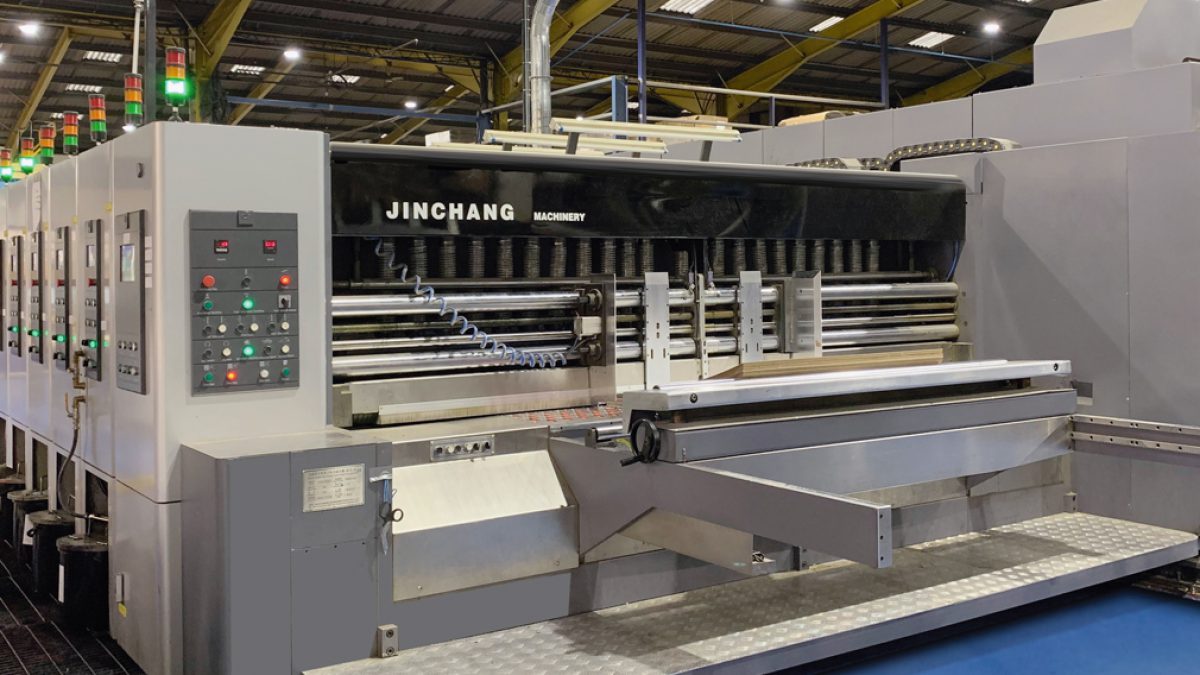 Like many of the independent corrugated manufacturers in the UK, this family owned company started from humble roots. Caps Cases’ Managing Director, Trevor Bissett recalls, “My father and his business partner Peter opened the business in 1982 along with their wives, Angela and Sue. After various names were considered, an amalgamation of the letters from the beginning of their Christian names gave rise to CAPS Cases.”

Initially supplying boxes and divisions to the trade from a 5,000 sq ft factory in Newmarket with just a slitter scorer, beam slotter and five people, the company has seen a number of phases of growth culminating in the latest expansion, taking the factory to 120,000 sq ft.

In 1993, Caps widened its production and expanded into Scotland to service a growing market brought to them from their sales team. The new premises were established in Baillieston, close to Glasgow. After gradually growing its print capabilities, the company decided to replace an old Simon printer slotter with more modern machinery and installed two casemakers and one rotary die-cutter.

“We have always tried to build good relationships with our machinery suppliers. Back then we went with Curioni, which served us well for the regular box work we were doing at the time,” explains Bissett.

In 2012, there was a major change in the company structure. Charlie Bissett and Peter Bush retired and Trevor took over as Managing Director. Supported closely by his brothers Mark, Production Director and Jamie, Commercial Director, along with an excellent management team, the company continued to expand.

“However, as the company continued to develop and demand for high quality work from various sources continued to grow, we had to step up our operations,” explains Bissett. “Coupled with the guidance and knowledge of our Print Manager, Wayne Booker, we opted for a TCY offline flexo printer, through the then UK agent ID Machinery. Thanks to ID, we knew TCY were a leading brand in the UK and their support and Wayne’s print know-how coupled with the capabilities of the machine, we were able to produce some really good work.”

As this proved to be a successful move, they continued with the TCY brand and installed a rotary die-cutter, a three colour casemaker for Baillieston and a refurbished three colour printer-slotter.

“Early in 2019, we decided that the old 3.4m Curioni casemaker – which only had two colours and no in-line die-cutting capabilities – needed updating.,” continues Bissett. “While doing this, we wanted to alleviate the high quality printing bottleneck that had been causing us issues for some time and to improve our high quality post print. Due to the long standing relationship with ID, we looked no further than the new flexo lines they were offering from JC Machinery. I visited the factory in Shanghai along with John Brasier, Sales Director of ID Machinery, and was immediately impressed at the quality of print that the machines are capable of. This, coupled with the build quality and the eagerness of the senior staff to work with us to construct a machine to our specific requirements, led to us placing an order.” 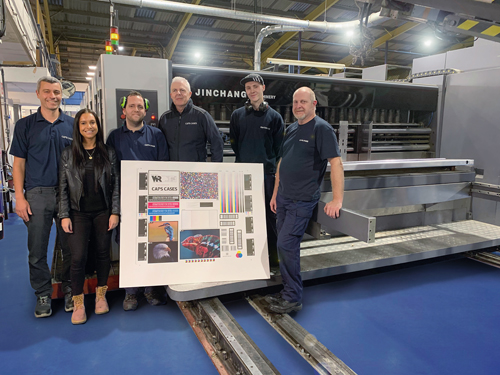 Brasier comments, “This machine from JC is the ‘Plus’ model. With features such as servo drive lead edge feeder, board cleaner, vacuum transfer, twin slotter, servo drive rotary diecutter, inline folder gluer and servo drive top loading counter ejector, the machine is capable of a print tolerance of +/-0.3mm which suited Caps perfectly. For even greater accuracy the Ultra model from JC offers +/-0.15mm registration up to three meters wide.”

“The smooth installation of the machine was carried out with both a team from ID and two engineers from JC and initial print trials and work from the machine has been outstanding,” continues Bissett. “Although we expected nothing less from ID, it has been refreshing to work with a manufacturer who is as committed and responsive as JC.”

Further investment through ID this year has included a new fully automatic Century die-cutter. “Our work mix has been switching from conventional to die-cut for a number of years now, so again, I visited the Century factory in Shandong Province with John and ordered their latest high speed fully automatic die-cutter,” says Bissett.

He adds, “This is the ‘Ultra’ model of fully automatic die-cutter equipped with automatic computer set, 100% stripping and capable of 5,500 sheets per hour.”

“Despite being a £22m per year business, we have worked hard to retain the family business ethic that has served us so well down the years,” says Bissett. “We care for our customers and our people and continue to invest heavily in training. We are still predominantly a trade supplier. Having built up a great deal of trust with our customers and a reputation for honesty, we are able to offer distributors and smaller sheet plants a confidential service that enables them to have peace of mind when outsourcing.”

Bissett concludes, “We offer a wide range of corrugated products, from multi point glued cases, to die-cut boxes, high quality flexo or digital printing, large two-piece cases to divisions — there are not many enquires we have to turn away. We even export some products around Europe. These new machines will certainly help us to keep the turnover growing.”