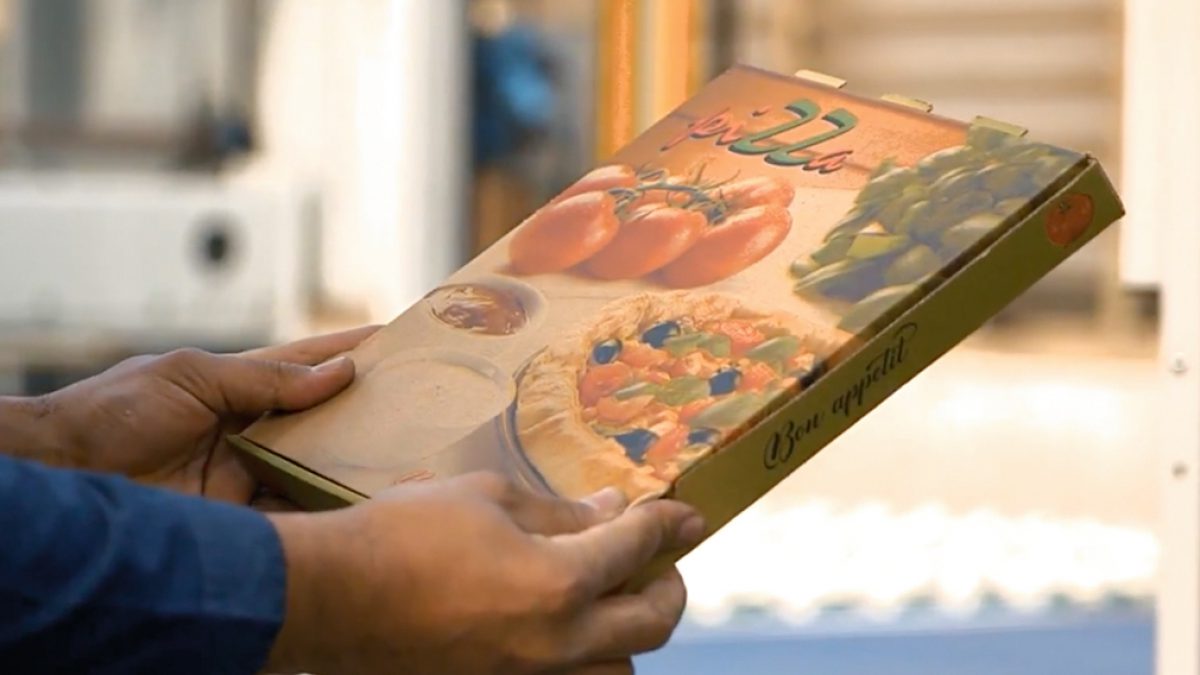 Maghreb Emballage and the corrugated market in modern Algeria share a history. It is a story of loyalty dating back nearly 50 years between two companies on both sides of the Mediterranean — BOBST (formerly Martin) in Lyon, France and Maghreb Emballage in Oran, Algeria.

Abdsamad Mered, CEO, explained his company’s development. The business was founded in 1948 by a family from Oran, of Spanish origin. At the time, the group was still manufacturing wooden barrels. Olive oil, one of the agri-food resources of the region, needed to be transported and shipped. Less than ten years later, the company began to develop an interest in corrugated packaging, importing sheets and converting them into boxes using a Martin folder-gluer. In 1969, the company’s founding family, the Follanas, sold control of the company to seven partners including Ahmed Mered, the father of the current CEO. The company continued its development by making its own corrugated board, in particular using a Spanish corrugator  which at the time had a speed of 30 mpm, then printing it with a two-colour printing machine, before folding and stitching it with a Rapidex machine. A two-colour Martin 151 printing machine was then installed in 1974. Abdsamad Mered joined the company in 1991, before becoming its manager at his father’s side. 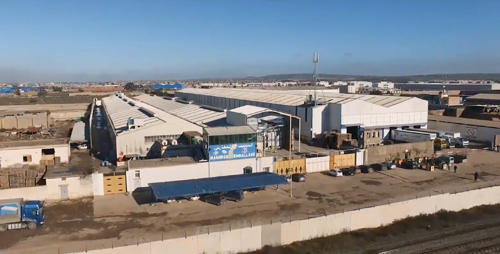 Abdsamad Mered explains, “In 1999, the company installed a Martin FFG 1224 three colour casemaker and this allowed us to make huge progress.”

In 2001, Maghreb Emballage then installed a BHS Corrugated line. With its 300 mpm production speed, it again changed the profile of the company which was now selling large quantities of boxes in order to meet growing demand. “We had to face a triple challenge,” explains Mered. “A technological leap in which we had to be trained, but also a qualitative and quantitative challenge. We had to get to grips with the new corrugator and what it could produce, all the while coping with fierce competition up to 2006.”

But Maghreb Emballage continued investment. “We bought a Bobst FFG 618. It enabled us to make such a leap forward that it changed the company’s price-point and accelerated our development. We were able to run 26,000 boxes per hour on this new line, it was impressive.”

The FFG 618 runs from micro-flute to doublewall corrugated board. Everything has been designed to optimise production. The feeder offers exceptional performance, the top flexo printing has the Rapidset system which allows for anticipated stereo changes while the machine is running, the rotary die cutter with bottom cutter-creaser is fast, precise, and enables highly complex blanks to be made for the boxes, the slotting unit with 4 pairs of shafts is equipped with independent drive like the folder-gluer and the friction-free top counter ejector is designed to receive folded or flat boxes.

In 2009, the BHS Corrugated line had a second Module facer installed so it could run doublewall board. The founders also began arranging succession, leading to an overhaul of the shareholding arrangement which lasted until 2015. The capital structure stabilised as the Mereds now controlled 80% of the business.

“Once the shareholding changes were settled, we resumed investments in order to maintain our technological progress,” explains Abdsamad Mered. “Our market extends over a radius of over 1,000 km and our customers order from 50 to 100,000 boxes. Each customer is entitled to the highest individualised service. You can’t put a price on customer satisfaction.”

It has to be said that the Algerian market is booming as is the company with an annual growth of over 10%. 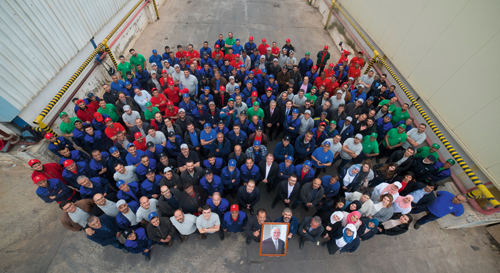 In 2016, Maghreb Emballage installed a Bobst FFG 8.20 Discovery, which enables it to produce up to 18,000 four-colour boxes per hour, with a maximum sheet width of 2180mm and a maximum thickness of 8mm. The direct-drive feed-belt is reliable and precise for all types of board, from micro-flute to doublewall. Top flexo printing permits a concurrent Rapidset control change. The slotting unit has a double profile of creasers, which change automatically depending on the type of board, with direct-drive flap cutting that extends the glue flap with no operator intervention. On the cutting side, the Posilock® system enables forme changeover in just two minutes. This quick operation is appreciated by Maghreb Emballage’s customers in the food industry (pasta and biscuits) and detergent packaging industry.

Maghreb Emballage offers a wide range of products — boxes, trays, tray containers, wrap-around cases, etc. The company has also diversified into ceramic packaging and can supply corrugated ‘belts’ for ceramic tiles, up to 200,000 packages a day. To broaden its supply, Maghreb Emballage has also invested in a Bobst DRO 1628 NT Rapidset rotary die-cutter. This five-colour machine enables operation at floor level with better ergonomics, easy access to the flexo print modules and quick changeovers, leading to high productivity. Moreover, the Posilock® blank form quick-change system enables maximum efficiency with change-overs in just two minutes. Through innovations, pack formation and stacking are quick at 11,000 sheets per hour with sheets up to 2,800mm.

Abdsamad Mered is pleased with the relationship. “Maintenance is mainly done internally by factory personnel with support and remote maintenance from Bobst,” he concludes. “We have a great future and we hope for continued success in the relationship between Maghreb Emballage and Bobst.”