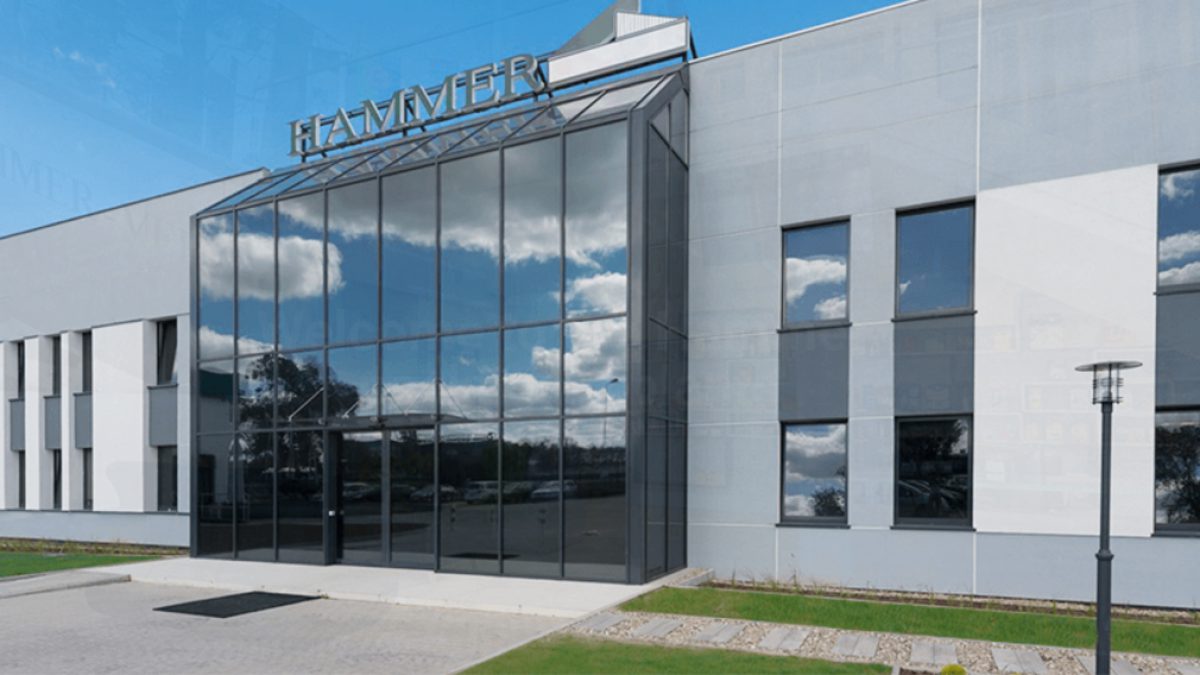 In spring 2019, the Hammer-Lübeck packaging plant celebrates its 100th anniversary. The company, which specialises in the production of folding carton for the food and luxury food industries, commissioned a Rapida 145 with coater and extended delivery just in time for its big celebration. The new press produces up to 18,000 sheets per hour in 106 x 145cm (41.7 x 57in) format and is equipped to meet the needs of printing operations down to the last detail. Its high level of performance has proven itself even in the first few months of operation.

Whereas printing time was 70% with previous technology and around 30% was spent on makeready, now more than 93% of the time can be planned for the printing process. Unproductive makeready times have fallen to 6.8%. The press often goes back into operation after job changeover times of just 10 minutes. A whole range of automation solutions, which have meanwhile become indispensable to the company, contribute to this. 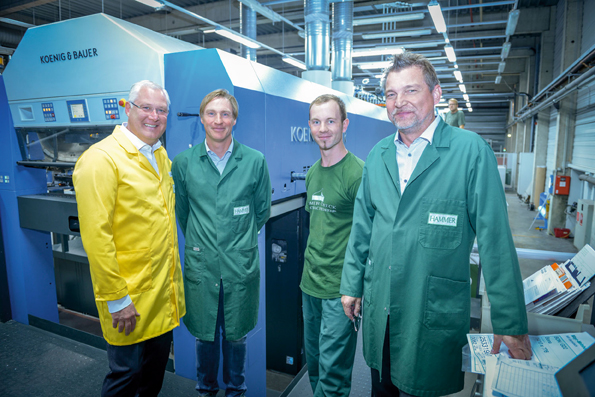 Reducing waste
Inline ink density measurement and control with QualiTronic ColorControl has delivered huge improvements. It has halved waste during production and reduced it to a quarter or less than 100 sheets during makeready. Production can often start right after the first printed sheet. Electronic systems support the register-accurate setup of each individual job via register marks. The press is also extremely stable during production thanks to permanent measuring and control. The use of the digital colour databases has greatly changed the process of printing spot colours. The Lab targeted colour range is always the same, no matter the board type. Thanks to the measuring and control technology, it can be quickly achieved using ink density values dependent on the substrate. Both Lab target colour coordinates and target colour densities are managed in the colour database.

The company mixes its own special inks. Cutting-edge measuring technology simulates the required illuminant ensuring that all specifications are met in order to get as close as possible to the colour range required. The CXF files provided by the customer not only determine the Lab colour range, but also provide all information about the ink. 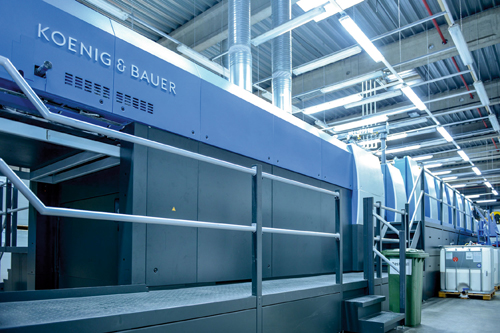 The Rapida 145 in Hammer’s pressroom is tailored exactly to the needs of the packaging industry in every detail.

Colour measurement
QualiTronic ColorControl can also measure and evaluate measuring strips at the trailing edge of the sheet so that existing cutting dies, creasing plates and blank separators can continue to be used. Thanks to an extended sheet guide, this works up to substrate thicknesses of approx. 350g/m² (225lbs), depending on the material.

Plate stretching is also possible on the Rapida 145. When using simple types of board, dimensional changes occur repeatedly during the printing process at the rear sheet edge. This can have a particularly negative effect on the display of small reverse type, which is almost standard for folding carton for food. Whereas in the past the plates were pressed into the correct position with a wrench, patience and skill, this process can now be conveniently controlled from the press console with ErgoTronic PlateStretch.

The enlarged 145 format, combined with small measuring strips only 5mm high, has an effect on the number of blanks per sheet. Output per hour thus increases significantly. Due to the short job changeover times and the high production output, B3 jobs also run on the large press. Despite the smaller sheet format in the large-format press, this can be effective as makeready and production run faster than on the existing B3 press. 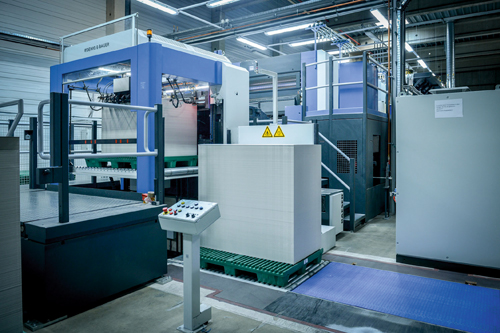 Operator focussed
In addition to the press’ equipment for high performance, it was important to production manager Steffen Klingbeil that the operators of the Rapida 145 were relieved of routine tasks and physically heavy work. As a result, the press has particularly wide galleries with unusually large storage areas. The plate carriage loaded with the printing plates for 3-4 jobs is delivered directly to the press and lifted to the gallery level. At the delivery there is also a lift system for the pallet cage with waste paper. The press crew only has to cover short distances with the large sheets. In addition, DriveTronic SFC enables the coating plates to be changed automatically and extremely quickly.

The Rapida 145, the company’s first ever Koenig & Bauer press, automates a whole range of tasks that had to be carried out by the operators on the previous press. Therefore it is no wonder that the company soon realised that no one wanted to go back to the old technology. 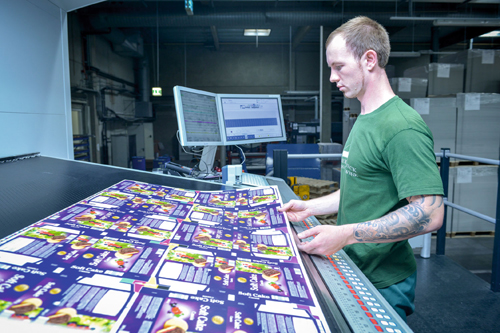 Capacity almost doubled
Today, the Hammer-Lübeck packaging plant processes 20,000 tons of cartonboard per year into 750 million folding cartons. In addition to the plant on the outskirts of Lübeck, which was built on a greenfield site in 1981, it has had a further production facility in Poznan, Poland, since 1995. The production and storage area in Lübeck covers an area measuring 10,000 sqm (107,639 sq ft) with 7,500 pallet spaces added for logistic companies. Everything is equipped to meet future challenges in packaging production. From substrate logistics on sheetfed offset presses to robots on folding box gluers and driverless transport systems, everything is designed to enable the plant to respond quickly and flexibly to all customer requirements. These are predominantly brands that operate throughout Europe.

The new Rapida 145 is the perfect solution. It was configured together with the print management system and meets the requirements of the packaging company in every detail. No wonder the company produced as many large-format sheets in the first seven months as they used to within a year — and now, there is extra capacity to print even more.