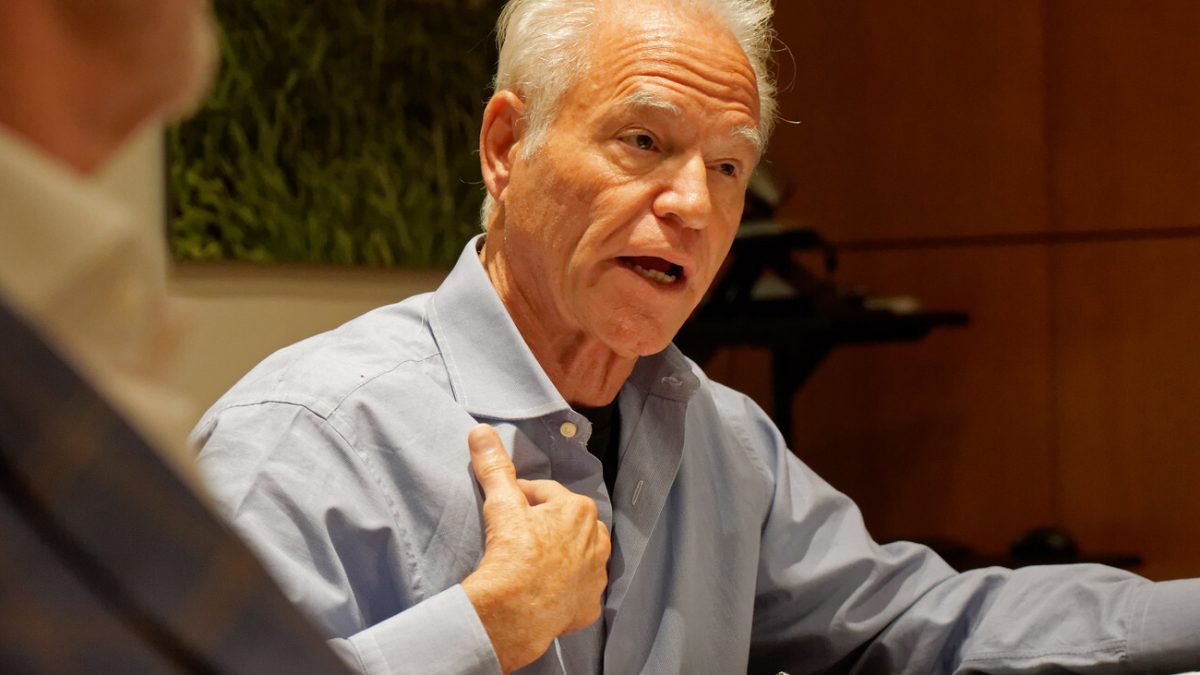 U.S. Display Group (USDG) has its sights set on expanding its digital printing footprint from coast to coast in the United States. CEO Dennis Mehiel (pictured, above) and President Greg Moore saw a need for a West Coast presence to introduce digital printing; aside from their reputation as innovators in displays and signage, the company is also known for its method of digital printing and its ‘one-stop-shop versatility’ service offering which also includes fulfilment, assembly, kitting, pack-out and more.

USDG’s history is complex, with the original company founded in 1984 as Eagle Displays, in Tullahoma, Tenn. The business was sold to LINPAC, whose facilities in the U.S. consisted of seven converting plants and a recycled paper mill. Several years later, the Mehiel family purchased all of LINPAC’s paper business and U.S. Corrugated and U.S. Display Group were born. With additional acquisitions over the next few years, USDG is now one of the largest independently owned corrugated companies in the country.

In early 2020, Mehiel and Moore were seeking to acquire a new business and expand their digital printing footprint to the West Coast, mirroring what they had accomplished at the Tullahoma facility.

In August 2020, the Group acquired General Container Corp., a display sheet plant in Buena Park, Calif., with the intention of building from its existing sales book and relocating the plant to a much larger facility in Corona, Calif (pictured, below). This acquisition has made U.S. Display Group one of the few companies with a digital footprint across the United States.

Digital Printing on the West Coast

Mehiel and USDG are no strangers to digital printing. Having purchased three digital printers within the past three and a half years, they are reported to be one of Barberán’s largest customers in North America.

“Digital printing for the packaging industry is an innovative technology and application, unlike analog flexographic printing,” said Carlos Ponce, West Coast Operations Manager for USDG, explaining the increased demand for digital printing. “Technology seems to move at the speed of light these days. In the packaging industry, we must continue to drive innovation in order to stay one step ahead of technology.

“Digital printing is revolutionizing the game in speed to market. We are now able to convert real-time events into real-time packaging. With the ability to livestream, whatever happened yesterday quickly becomes a faint memory. You have to be able to respond immediately,” said Ponce. “Who would have imagined that technology could allow corrugated box manufacturers to print and convert so quickly? We can create a floor display, showing the Super Bowl Champions before the fans exit the stadium or create a life-size digitally printed standee of an Olympic gold medalist for a retail store that same evening.” 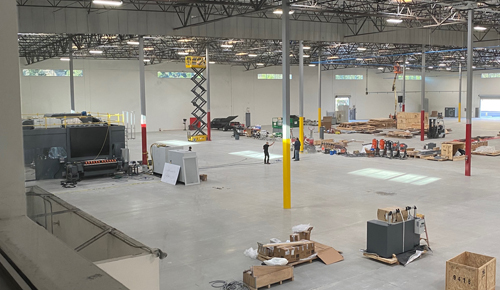 Single pass digital printers are known for allowing flexibility and small runs of different substrates, with options to customize the material and the look. “Single pass digital printing is appealing to customers, because little to no time is lost in production and it’s proven that it can be a more cost-effective way to print. Web-fed digital printing brings a lot of value if you’re printing high volumes, but sheetfed presses allow you to customize and provides the customer with increased flexibility and versatility,” said Ponce.

When asked why USDG chose to purchase another Barberán 1750, Ponce explained that the decision was largely based on the success the company has had with the press at the Tullahoma facility. “Our national brands, like 3M, Monster and Flex Seal, have been pleased with the speed to market and quality from the Barberán 1750 press, so they’ve come to expect that from us,” added Ponce. He noted that the investment in the additional Barberán 1750 press is a long-term investment for the group and has the ability to be upgraded and expanded to an 1860 press, further increasing its print size capabilities.

USDG takes pride in partnering with its customers and educating them on which print method is going to best achieve what they’re seeking, in the most cost-effective manner. “Larger floor displays are well suited for digital printing because of their size. Consumers are not going to pick up a floor display and inspect it for detail, like they would with smaller packaging sizes. In turn, customers do not need to pay for expensive, super high-quality offset printing for a floor display that people will be 3-6 ft. away from. Digital flatbed printing is a great solution for this and allows customers to free up some of their marketing budget and try new variations for different markets,” said Ponce. 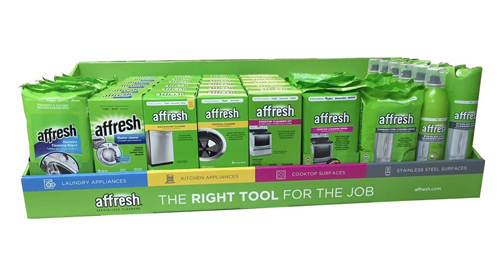 As part of the company’s initiative to stay at the forefront of innovation, they believe that their expanded digital footprint and methods of print, along with their multitude of service offerings, will keep them ahead of the technology curve. “Technology cannot supersede packaging. We need to be the ones driving the technology, not responding to it. It’s imperative that we provide our customers with new and innovative ways to capture the consumer’s attention through packaging and brand recognition,” said Ponce. 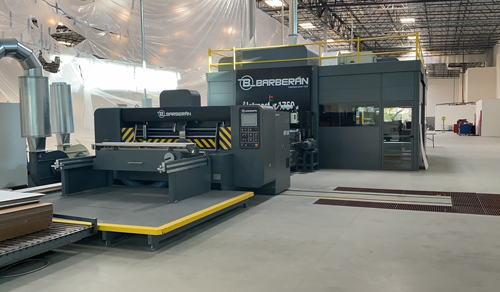 USDG presents its customers with a ‘one-stop-shop,’ versatile approach, offering flexo high graphics, litho label and digital print solutions. The new West Coast facility will house numerous machines in addition to the Barberán printer. Other machines to be installed at the Corona facility will include an Automatan EM litho label laminator, a United six-color UV rotary diecutter, a Martin two-color high-speed casemaker, a ZH Quest 2800 specialty gluer and several clamshell and flatbed die-cutters from Summit, Cahue and Young Shin. By April, the plant expects to have 65% of the machines up and running, with all equipment installed by mid Fall of 2021.

The Corona facility is mirroring the manufacturing footprint at USDG’s Tullahoma plant. Logistics and order routing will be based on geographical location. Ponce reports that fulfillment, assembly, pack-out and kitting will make up roughly 25% of business at the Corona location, which they expect to increase to nearly 50% by 2022. Ponce expects the digital business will grow with time and may expand into the folding carton markets as technology develops and customers are educated on its potential. 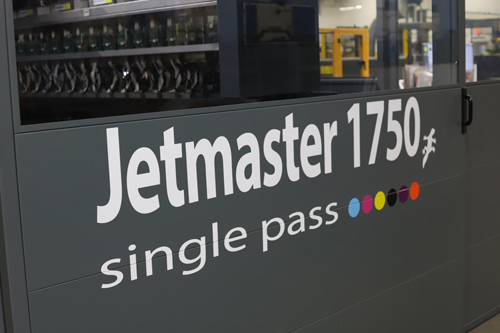