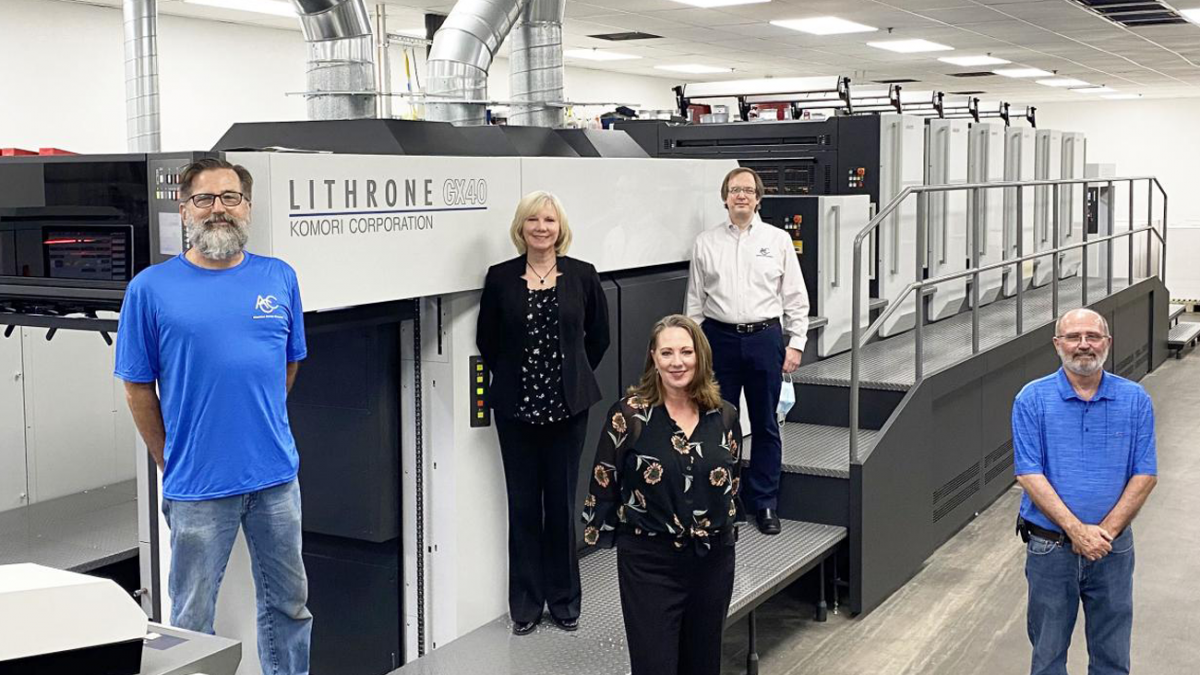 American Carton Company, based in Mansfield, TX, has installed a six-color Komori Lithrone GX40 (GLX640) press with both conventional UV and UV LED to increase its folding carton print capacity.

Folding cartons are the company’s primary product and American Carton currently holds a number of globally-recognized certifications to meet the quality and U.S. FDA safety compliance requirements of its clients in the pharmaceutical, medical device, food, personal care products and retail markets. American Carton chose the GLX640 for its ability to meet both complex packaging requirements and high-end commercial print applications, making it possible to expand on what the company can offer its customers.

Key to American Carton’s success is the full range of services it offers, from design and prototyping through printing to die-cutting, embossing and finishing. General Manager, Trent Tucker, expects the GLX640 to become the company workhorse. He noted, “The UV allows us to do value-added specialty effects, whether it is raised UV or strike-through, and it also prints on non-absorptive substrates like foil. The GLX has so many features that are specific to folding cartons. One in particular is the ease with which it handles paperboard in the feed and delivery, versus a press that is really meant for paper but could run paperboard.”

American Carton is a certified woman-owned company. Joe Harris, founder of Harris Packaging, a corrugated manufacturer located in Haltom City, TX, launched American Carton in 1992 with a partner and became the company’s sole owner in 1997. In 2006, the second generation of the family, Jana Harris and Jenise Harris Cox, joined the company and three years later became majority shareholders in both American Carton and Harris Packaging. Currently, Jana Harris serves as CEO and Jenise Harris Cox as CFO. The company has grown steadily under their leadership and is recognized among the fastest-growing businesses in the region.

American Carton has been operating Komori presses since 1999. The GLX640 is its third Komori press installation. The new press replaces an older Komori press and will run alongside an existing eight-color Komori GL40, also equipped with UV capabilities. “Even though we decided to replace our old six-color Komori, which had a lot of mileage on it, it still printed an exceptionally good dot. It exemplified what we look for in a partner, which is quality and reliability. Komori delivers on both,” said Jana Harris.

“American Carton has a nationally recognized reputation for tackling packaging challenges with innovative solutions that deliver a competitive advantage for their customers. We know that the robust technology inherent in the GLX40 press will only add to American Carton’s dedication to helping customers achieve their packaging goals,” said Mark Milbourn, executive vice president, sales and service, Komori America.