Features > After a flood comes opportunity 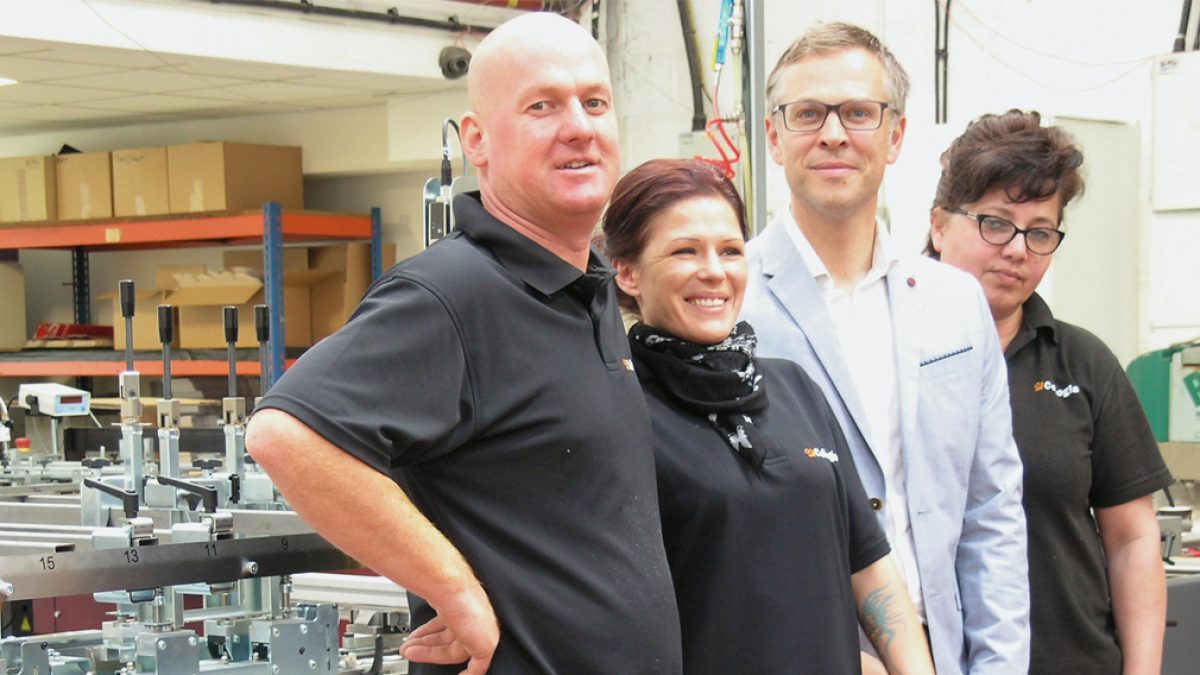 After a flood comes opportunity

Leeds, England based Celloglas in Leeds has installed not one, but two KAMA ProFold 74 folder-gluers with the stated aim of adding diversity and broadening its current range of carton products. Says Richard Pinkney, Business Development Director, “In terms of trade finishing, the two new folder gluers will provide us with greater flexibility and greater volume output. This has already been noticeable in our production of capacity wallets, ‘open’ wallets and board envelopes, for example.”

He continues, “Another one of our objectives in installing the new folder gluers is to expand our trade finishing activities to a nationwide customer base, as opposed to restricting ourselves to Yorkshire, Lancashire and more northern areas, which has predominantly been our focus up until now.”

Up until the installation of the two ProFold 74s, Celloglas had been running with some folder gluers, but the KAMA machines had been ‘on the radar’ for several years. Mr Pinkney explains, “We first saw the ProFold 74 at Drupa in 2012 and were impressed by the machine’s build quality and production capabilities, but at the time, there was no opportunity or need to invest in new equipment.” 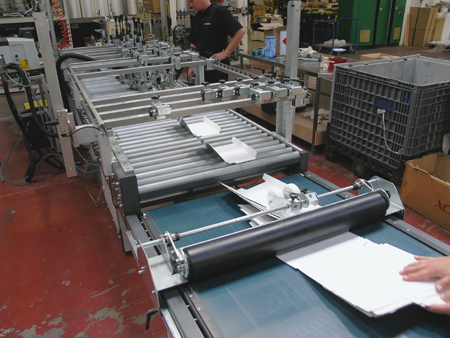 Flood nightmare
What happened to Celloglas at the end of last year changed everything when, on 26th December, the awful flooding of Leeds and surrounding areas caused significant damage to the company’s factory. The flood overwhelmed the ground floor of building and brought forward the decision to invest in the KAMA folder gluers. “What might have been seen as catastrophic for the company has in fact been of great benefit, as it presented us with the opportunity to upgrade our equipment and purchase the two KAMA folder gluers — and we haven’t looked back since. In fact we now have the perfect set-up in that we can ‘mix and match’ as required. We still have our Moll folder gluer and on this we produce certain ‘miniature’ jobs that the KAMA machines are not ideally suited to handling, while the ProFold 74s are used for everything else. Having the two machines, not only do we have a ‘back-up’ in place, but when we have a particularly large job, by placing it on both machines at the same time, this halves the amount of time it takes to produce it – much to our customer’s satisfaction.”

Production at the Celloglas factory in Leeds is focussed on short to medium commercial work, with run lengths varying between a few hundred to a few thousand items. Along with capacity wallets and board envelopes, the company produces die-cut cartons for the cosmetic, food and drink industries.

Since their installation by UK & Ireland agent Friedheim International (the first in February, the second in June), the two KAMA ProFold 74 folder-gluers have proved themselves highly reliable and productive, as confirmed by operator Steve Wane, who says, “Once we had our training from KAMA, which was extremely comprehensive, the two machines have proved so easy to operate and set up from one job to another and the quality of the finished product has been excellent. In terms of throughput, this has increased by two-thirds from what we had been able to achieve previously, and as the two new gluers are capable of working even faster, as we gain ever more experience with operating them, we can utilise their full potential and achieve even greater benefits from their installation.”